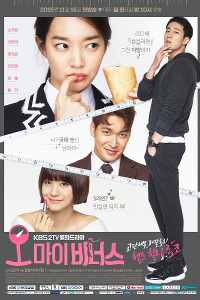 Kim Young-ho, a.k.a. John Kim, is a personal trainer to Hollywood stars. Despite his family's wealth, Young-ho suffered a devastating illness in his childhood. But he believes living a healthy lifestyle and exercise is the only way to survive. He uses this to run from his family issues. His fear of his father and pity for his grandmother. A Hollywood scandal with an actress has him on the run back to Korea.[cont.]

[About:]
'Oh My Venus' is a South Korean television series starring So Ji-sub and Shin Min-a. It aired on KBS2 on Mondays and Tuesdays at 21:55 (KST) time slot for 16 episodes beginning on November 16, 2015.