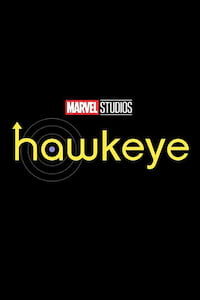 [About:]
Hawkeye is an upcoming American television miniseries created by Jonathan Igla for the streaming service Disney+, based on the Marvel Comics character of the same name. It is set in the Marvel Cinematic Universe (MCU), sharing continuity with the films of the franchise. The series takes place after the events of the film Avengers: Endgame (2019), and introduces new superhero Kate Bishop / Hawkeye. Hawkeye is produced by Marvel Studios, with Igla serving as head writer.

Jeremy Renner reprises his role as Clint Barton from the film series, with Hailee Steinfeld joining him as Kate Bishop. Vera Farmiga, Fra Fee, Tony Dalton, Zahn McClarnon, Brian d'Arcy James, and Alaqua Cox also star. By September 2018, Marvel Studios was developing a number of limited series for Disney+, centered on supporting characters from the MCU films, and development of a Hawkeye series began by April 2019, with Renner returning. The series was officially announced that July and Igla joined in September when Steinfeld was unofficially attached. Rhys Thomas and Bert & Bertie joined as directors in July 2020. Filming began in December 2020 in New York City when Steinfeld and additional cast members were confirmed, with additional shooting in Atlanta, Georgia.

Hawkeye is scheduled to be released in late 2021 as part of Phase Four of the MCU.