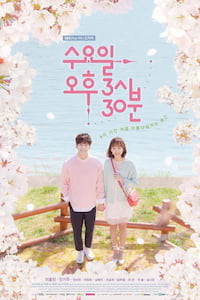 Story about a girl called Sun Eun-woo (Jin Ki-joo) who was dumped by her boyfriend and tries win him back by making him jealous. She manipulates her social media to create a fake "lovestagram" (love + Instagram) with her childhood friend Yoon Jae-won (Lee Hong-bin).