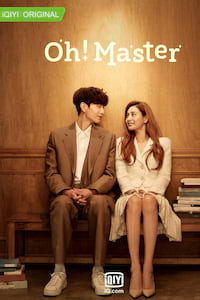 The series is a romantic comedy between Han Bi-Soo (Lee Min-ki), a thriller drama screenwriter and Oh Joo-in (Nana), a popular actress. She stars in romantic-comedies, but she is not good with her own romantic relationships. Han Bi-Soo can't date and they live together, giving rise to comic situations.

[About]
Oh My Ladylord also known as Oh! Master is an upcoming South Korean television drama series starring Lee Min-ki and Nana. Directed by Oh Da-young, the series tells story of romance between a man who 'does not' love and a woman who 'can't' love. It is scheduled to be aired on cable channel MBC from March 24, 2021 for 16 episodes on Wednesdays and Thursdays at 21.30 (KST).