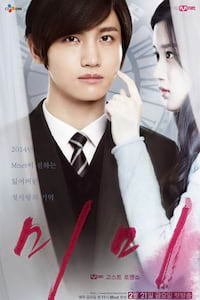 Min-woo is a 28-year-old introverted writer of webtoons who has partial memory loss. One day, he finds a memo on his desk calendar, and because of it, writes a new webtoon titled December 8, which becomes an instant hit. But as the webtoon gets even more popular, Min-woo feels pressure from work and begins to suffer from severe headaches. He strives to recover his lost memories from the time he was an 18-year-old high school student, especially those of his first love, Mimi, as he unravels their mysterious fate.

The horror/mystery/romance drama is inspired by the 2007 Lee Myung-se film M.