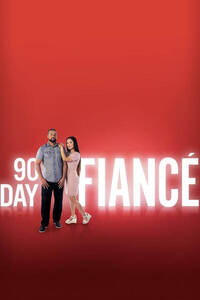 The show is based on the K-1 visa process. This visa allows the fiancé from a foreign country to travel to the USA to live with his or her prospective American spouse. The purpose of the K-1 Visa is to provide time for the couple to make arrangements and have a marriage ceremony. Each couple is required to sign documents stating their intent to marry, as part of the visa process. If the couple does not marry within 90 days, the beneficiary must leave the country. The couple may face language barriers, culture shock, the stigma of being thought of as a "mail-order bride", and skepticism from friends and family.

[About:]
90 Day Fiancé is an American reality television series on TLC that follows couples who have applied for or received a K-1 visa, available uniquely to foreign fiancés of U.S. citizens, and therefore have 90 days to marry each other. The series debuted on January 12, 2014 and has been renewed through its eighth season, which premiered on December 6, 2020.

The series has sixteen spin-offs including 90 Day Fiancé: Happily Ever After, which documents past 90 Day Fiancé couples after their marriage; 90 Day Fiancé: Before the 90 Days, which follows couples who met online but have not yet started the K-1 visa process; and 90 Day Fiancé: The Other Way, a series where the American partner moves to their partner's home country instead of vice versa.