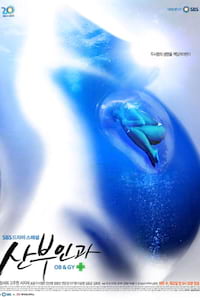 OB & GY, also known as Obstetrics and Gynecology Doctors, is a 2010 South Korean medical drama television series. It aired on Seoul Broadcasting System on Wednesdays to Thursdays at 21:55 for 16 episodes beginning February 3, 2010. The drama depicts the difficult decisions and moving human stories that take place daily in the OB-GYN department, focusing in particular on Seo Hye Young, a talented and determined obstetrician who has just transferred from the prestigious Seoul base to the branch hospital. Her straightforward manner of handling her professional life is in contrast with her love life, which is marred by her relationship with a married man. This becomes even more entangled when she meets Lee Sang Shik, the chief of NICU, and her long-time friend Wang Jae Suk also shows his interest.