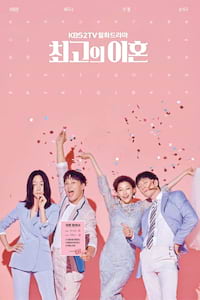 It explores the different thoughts of men and women in their thirties about love, marriage and family in a modern age when divorce is more common.

[About]
Matrimonial Chaos is a South Korean television series starring Cha Tae-hyun, Bae Doona, Lee El and Son Seok-koo. It is a remake of 2013 Japanese TV series of the same title, broadcast by Fuji TV. It aired on KBS2's Mondays and Tuesdays at 22:00 KST time slot from October 8 to November 27, 2018.