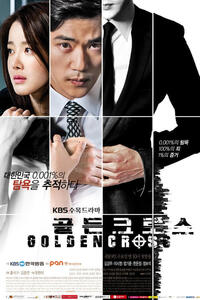 A shadowy society known as "Golden Cross" dominates the Korean economy and marketplace with its deep connections and financial power. Prosecutor Kang Do-yoon gets entangled in their dealings when one of their plots gets his beloved sister murdered, a crime for which his father then gets framed. Do-yoon vows revenge on Seo Dong-ha, the powerful man behind the organization, but complications arise when he learns that Seo is the father of the woman he loves, his colleague Seo Yi-re. Yi-re is a righteous and truth-seeking prosecutor; she grew up respecting and obeying her father, and her life is thrown into disarray when she discovers his dark side. Meanwhile, Seo nurtures a protegee, businessman Michael Jang, whose greed and ambition soon makes him challenge his mentor for the top spot. A clash of wills, fortunes, and egos commences.