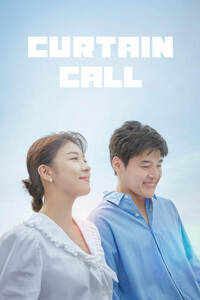 Drama, Family, Romance
Be the first to rate this

Curtain Call is an upcoming South Korean television series starring Kang Ha-neul and Ha Ji-won. It revolves around a man who plays the role of a grandson who defected to fulfill the grandmother's last wish from the North, a woman who falls in love with that man, and the people involved in the play. It is scheduled to premiere on KBS2 in the second half of 2022.