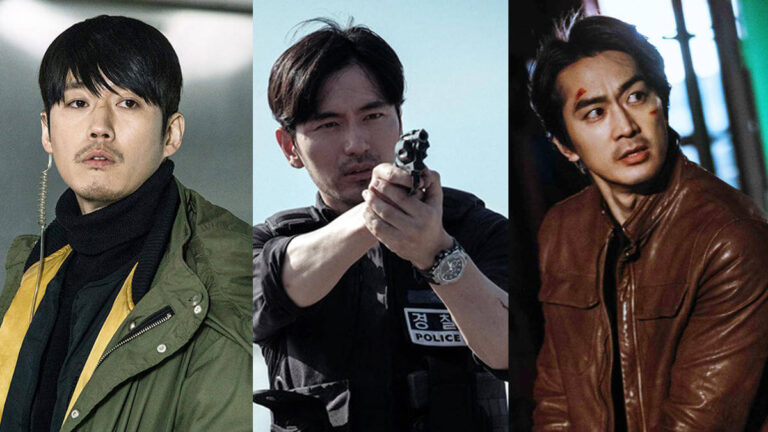 The team of crime busters returns to track down the serial killer with an enhanced hearing ability!

The 4th season of the highly-engaging South Korean crime thriller series Voice is now streaming on iQiyi and iQ.com that pits a group of highly-skilled team of crime busters against a serial killer with an enhanced hearing ability.

Created by screenwriter Ma Jin-won and director Shin Yong-hwi (“Hide and Seek” and “The Great Show”), “Voice 4” trails Derek Jo (Seung-heon), the team leader of the LAPD Olympic Division’s Gang Unit, as a hunt for American gangsters takes him to South Korea. However, his sister is murdered when she witnesses a crime, prompting him to collaborate with the Golden Time Team led by Kang Kwon-joo (Ha-na) to track down the suspect, Circus Man.

Best-known for his previous works in romantic dramas “Autumn in My Heart” and “My Princess”, Seung-heon, for his part revealed in an exclusive interview with iQiyi International that it was his English speaking lines that he specially focused on preparing for the role in “Voice 4”. This role was also more physically demanding than his previous roles with many chase scenes that put his physical fitness to the test. He worked hard on filming in hopes that the audience will enjoy the show. “If there were any special preparations I did for this role, it would be for my English lines. It wasn’t easy to get the right pronunciation. I regret not studying diligently in the past. I really regret it.” Hearing his humble words, his partner Lee Ha-na immediately complimented and assured him, “You speak it quite well.”

After the confirmation of his casting in “Voice 4”, Kang Seung-yoon for his part, re-watched the first three seasons. When he met his senior colleagues, they didn’t feel like strangers to him. He said with a smile, “I have the heart of a fan combined with feelings of nervousness. I am very happy to be acting with them.”

Lee Ha-na, who played the female lead Kang Kwon-joo throughout all four seasons, responded to Song Seung-heon’s and Kang Seung-yoon’s comments by saying, “Thanks to these two new cast members, I have found my motivation and am excited to take on new challenges. They have given me a lot of encouragement and positive energy.  I am extremely grateful that they joined us.”

Watch it first on iQiyi, “Voice 4” drops every Saturday and Sunday.