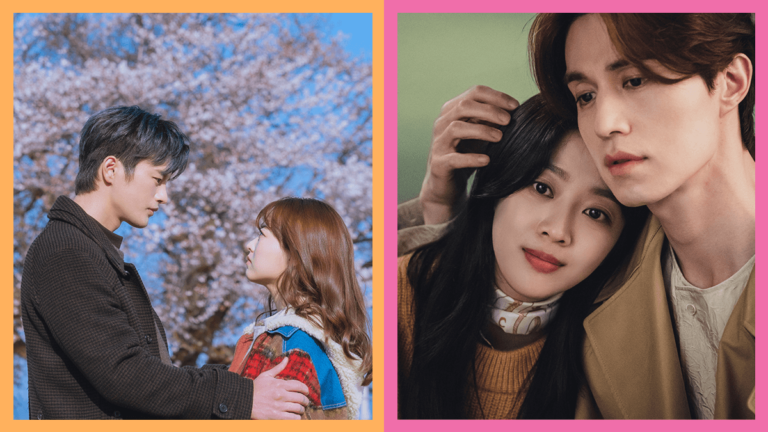 10 Supernatural K-Dramas That You Should Binge-Watch Right Now

Make sure to add these titles to your lists ASAP!

Love stories that involve gods, deities, and other supernatural beings but are not fans of those that spook the life out of you? Then it’s about time that you delve into the world of supernatural K-dramas! This particular K-drama trope usually fuses the kilig elements we’ve been loving in our K-dramas with mythical and supernatural creatures, making one unique story that will surely get anyone hooked and wanting for more!

Don’t know which drama to watch first? Here are 10 supernatural K-dramas to get you started:

Doom at Your Service

Doom at Your Service follows Tak Dong Kyung a web novel editor who’s been working hard for her and her brother since their parents passed away. Things take a turn for her when she gets diagnosed with brain cancer, something which she believes is because of her unlucky life. She then curses everything to disappear, calling for doom to end everything. This causes Myul Mang — who is Doom itself and is the messenger between the deities and humans — to appear and grant her wish of living for 100 days however she wants. This is in exchange of her wishing to bring doom on everything.

My Roommate is a Gumiho

My Roommate is a Gumiho follows Shin Woo Yeo, a 999-year-old gumiho who collects human energy in a marble so he can attain his human form. Things get complicated when he meets college student Lee Dam who accidentally swallows his marble. This endangers her life, as well as Woo Yeo’s chance of becoming human. As they figure out how to get the marble back, Lee Dam and Shin Woo Yeo decide to live together.

Goblin is another famous supernatural and fantasy K-drama that premiered back in 2016. It’s about a goblin named Kim Shin who, for 900 years, has been searching for a bride who can pull the invisible sword out of him and ultimately end his life. In the present day, he meets Ji Eun Tak, a girl who can see ghosts, and he ends up falling for her. As they begin to get closer with each other, he begins to realize that she could be the “bride” that could end his curse.

Tale of the Nine-Tailed

Tale of the Nine-Tailed is another supernatural K-drama involving a gumiho or nine-tailed fox. It centers on Nam Ji Ah, a television producer who works in a show that features supernatural creatures and myths. As she is working on a project, she encounters Lee Yeon, who is apparently a gumiho who can transform in to his human form and has been in search for the reincarnation of his lost first love.

Where to Watch: Netflix / Viu / iQiyi

Lee Min Ho and Jun Ji Hyun star in the drama Legend of the Blue Sea, which is inspired by the historical tale about a mermaid named Eou Yadam. It’s about Shim Chung, a mermaid who follows her one true love to modern-day Seoul. It’s there that she meets her true love’s doppelgänger, Heo Joon Jae, a con artist who takes interest in Shim Chung’s jade bracelet. Realizing that she has nowhere to go, Joon Jae takes in Shim Chung, making her adapt in a strange new environment.

Scripting Your Destiny centers on Shin Ho Yoon, a god whose work in the celestial world is to determine human fate and write the destinies of mortals. When he gets assigned to write romantic fates, he steals the ideas of Go Chae Kyung, a drama series writer who works on overly dramatic dramas. Shin Ho Yoon’s task also involves pairing Chae Kyung up with a TV producer named Jung Ba Reum, but as he helps her get together with Ba Reum, Ho Yoon starts to find himself developing feelings for her.

Song Seung Hoon star in this K-drama as a Grim Reaper who possesses a detective and is forced to track down his fugitive partner. As he does so, he uncovers the truth about a series of cold case murders from 20 years ago, complicating his role as a reaper to guide the deceased to the afterlife.

Mystic Pop-Up Bar is a fantasy drama about bar owner Weol Ju who can enter the dreams of her customers to rid them of their burdens. Tasked to help 100,000 souls, she enlists the help of Kang Bae, a part-timer with the ability to see people’s sorrows. The show also tackles the concept of healing through the abilities of the two main characters. Hwang Jung Eum, Yook Sung Jae, and Choi Won Young star in this drama.

Hotel Del Luna, which premiered in 2019, is about a hotel catering to spirits. Running this hotel is Jang Man Weol — a greedy soul who’s cursed to man the establishment for eternity. The only way for her to escape this curse is if she finds someone whose sin is worse than hers. Things take a turn for her when she meets Goo Chan Sung, forced to become the hotel’s manager because of a deal his father made with Man Weol years ago. It stars IU, Yeo Jin Goo, P.O., Lee Do Hyun, Kang Min Ah, and more.

Bride of Habaek is about Ha Baek, the water god who visits earth to restore the sacred stones that he needs to claim the throne of the Divine Realm. It’s there that he meets Yoo So Ah, a psychiatrist from a family who is tasked to serve Ha Baek for many generations. At first, she resists him, not believing that Ha Baek is a god. However, after meeting the god of the Land of the Sky Bi Ryeom, the goddess of the Land of Water Mu Ra, and the demigod Hu Ye, she decides to help him in his quest.

Homestream images are from tvN.

Tale of the Nine Tailed

The Bride of Habaek

Doom at Your Service