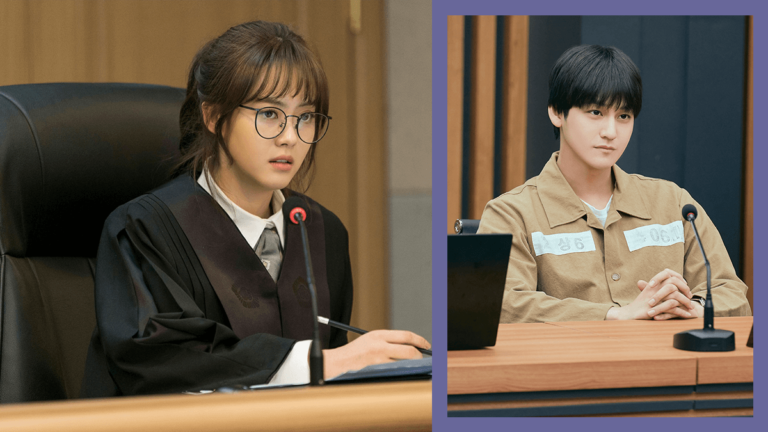 Which of these will you be watching next?

Aside from crime and thriller dramas, another K-drama genre that can easily get anyone hooked and reeling for more is legal K-dramas. These dramas usually feature characters that work in the legal sector, getting on top of cases, working and striving hard to defend justice and protect the people.

If you’re one who’s been on the lookout for good legal K-dramas to satisfy your picky taste on K-dramas, look no further as we give you 10 dramas that you’d definitely like:

This 2021 drama is set in a prestigious law school and follows its students and professors who get involved in an unusual murder case. As criminal law professor Yang Joon Hoon and his students get caught in the middle of the case, the lawyers and prospective lawyers start to learn and realize more about authenticity, the law, and justice. Starring in this drama is Kim Myung Min, Kim Bum, Ryu Hye Young, Lee Jung Eun, Lee Soo Kyung, Lee David, and more.

While You Were Sleeping stars Bae Suzy as Nam Hong Joo, a reporter who gets bad premonition dreams before they happen, always unable to change the future no matter what she does. This changes, however, when she meets the prosecutor Jung Jae Chan and the police officer Han Woo Tak, who share the same ability as her. As they solve different cases together, the three go out to discover what brings them together, while also protecting their loved ones.

Suspicious Partner follows Eun Bong Hee, a former taekwondo instructor who becomes a lawyer and is now a prosecutor trainee under Noh Ji Wook — an intelligent but hard-headed prosecutor who decides to become a lawyer instead. The two are then assigned to work on a mysterious case involving a sly psychopath murderer.

Miss Hammurabi is about Park Cha Oh Reum, a newly appointed judge who is always on the lookout for justice, but is also able to empathize with other people, and Im Ba Reun, a man of principle who sticks to his belief of creating a “court that is equal to all.” He finds himself displease with his Oh Reum, who is sympathetic when working on cases.

Hyena follows two lawyers who work for the richest people in society. Jung Geum Ja is a lawyer who uses every sexy and evil trick in the book to make money, and she finds a rival in Yoon Hee Jae, an egotistic world-class lawyer. Despite their differences, the two lawyers transform into hyenas to serve clients who are the crème de la crème of society.

ALSO READ
Loved ‘Vincenzo’? Here Are 10 K-Dramas You Should Watch Next

I Hear Your Voice follows a lawyer named Jang Hye Sung, who comes to a realization about society after meeting Park Soo Ha, a boy who can read people’s thoughts, and Cha Kwan Woo, a lawyer living a disciplined life. The three characters then work together to find justice, solving the cases that have little to no chance of winning. THis drama stars Lee Bo Young, Lee Jong Suk, Yoon Sang Hyun, Lee Da Hee, and more.

Lawless Lawyer centers on Bong Sang Pil, who grew up living the life of a gangster. However, after his mother dies tragically, he becomes determined to avenge her death. He then uses the skills from his gangster life as he fights for justice, going after people who think they’re above the law. Working with him is another lawyer named Ha Hae Yi, who’s been working hard to pay off her father’s debts. Together, they handle a case involving a powerful senior judge and a former gangster. Lee Joon Gi, Seo Ye Ji, Lee Hye Young, and Choi Min Soo star in this drama.

Remember: War of the Son

In Remember: War of the Son, Yoo Seung Ho plays Seo Jin Woo, a man with hyperthymesia, a condition that makes him remember life experiences in vivid detail. When his father Seo Jae Hyuk, who was diagnosed with Alzheimer’s Disease, gets wrongfully convicted for murder, Jin Woo promises to prove his innocence. He eventually becomes a lawyer, putting criminals behind bars despite the bribery and corruption in the system.

Suits is a remake of the American series of the same name. It centers on Choi Kang Seok, a hotshot lawyer who decides to hire Go Yeon Woo for his photographic memory despite not having a law degree. Although this decision could jeopardize his career, he still finds himself getting attached to his junior, who shows creativity in handling cases. This drama stars Jang Dong Gun, Park Hyung Sik, Chae Jung An, Go Sung Hee, and more.

Your Honor is a legal K-drama about identical twins Han Soo Ho and Han Kang Ho, who are both smart and good-looking but live completely different lives. While Han Soo Ho works as a famous judge, Han Kang Ho has five criminal records and is just about to finish serving his sentence. When Kang Ho comes out, he realizes that his brother has disappeared, and he decides to take over his brother’s place as a judge. Yoon Shi Yoon, Lee Yoo Young, Kwon Na Ra, and Park Byung Eun star in this 2018 drama.

Homestream images are from JTBC and Netflix.