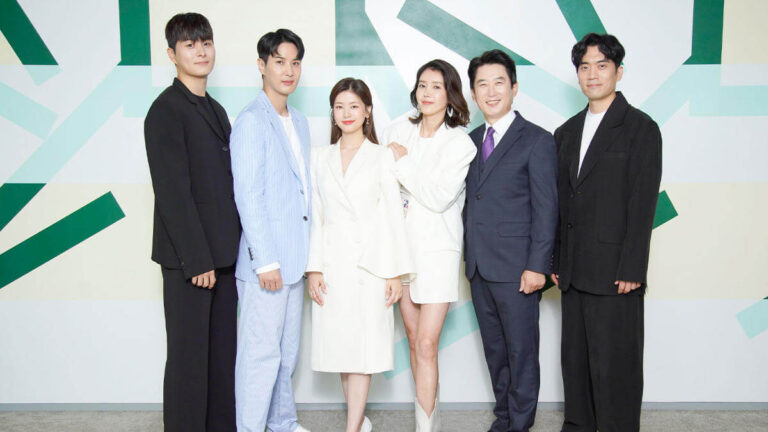 Catch it on the iQiyi app and iQ.com every Wednesday & Thursday at 8:00 PM!

Cozy up at home with iQiyi’s latest original K-drama series Monthly Magazine Home that stars Jung So Min and Kim Ji Suk, a heartwarming comedy about a magazine publisher and real-estate disputes.

In a recent interview, Jung So Min stated she is still comfortable to work with Kim Ji Suk again after eight years (from previous drama “Came to Me and Became a Star”) and praised Kim for being good at taking care of others as always. Kim also enjoyed this work very much due to vivid interpretations by Jung, and said he learned a lot about real estate in the process.

The story of “Monthly Magazine Home” introduces us to editor Na Young Won (Jung So Min), who, even after working for ten years, continues to rent her living place. One day, she encounters a cruel landlord and magazine publisher Yoo Ja Sung (Kim Ji Suk), who uses real estate as an investment tool. The series builds up on a story that resonates deeply with viewers across genders and demographics along with an impressive supporting cast that includes Jung Gun Joo who plays photographer Shin Gyeom who believes on living in the moment, Chae Jeong An is senior editor Yeo Eui Ju, Kim Won Hae is editor-in-chief Choi Go who works hard to rebuild the aging apartment for family, and An Chang Wan who plays the mysterious editor Nam Sang Soon. Together, they build up a story that resonates with viewers across genders and demographics.

The cast also shared what home to them is like – Jung Gun Joo described it as a healing place, Kim Won Hae thought it’s a resting place after work to be with family and relax comfortably, Chae Jeong An believes home is a place to be just oneself and rest, Kim Ji Suk envisioned home as a place to recover after an exhausting day, Jung So Min cherished home as a place to refill energies and release all pressure while An Chang Hwan related an incident in the past where they had applied to purchase properties after getting married, but didn’t get selected in most cases, just like his character Nam Sang Soon.

About the Lead Characters:

Jung So Min’s notable K-dramas include My Roommate is a Gumiho, Because this is My First Life and Be Melodramatic.

Kim Ji Suk’s recent roles include recent popular series such as Doom at Your Service and My Unfamiliar Family.