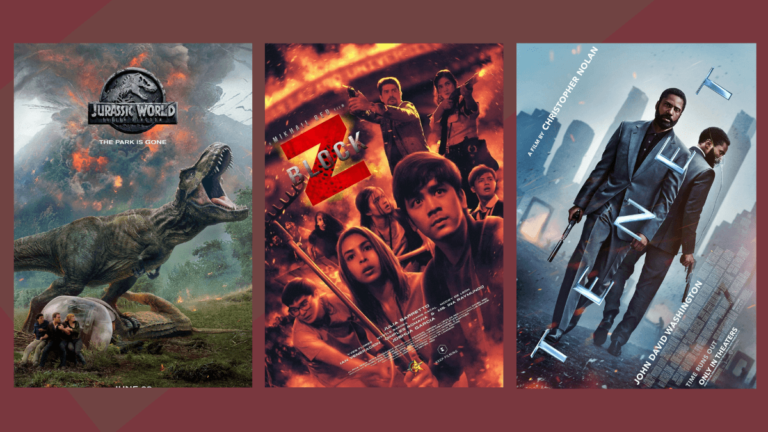 Isn’t it a bummer when you see your favorite movie already playing halfway through when you turn on the TV? Fret not! From rom-com and action to horror and thriller, we’re giving you a heads up on all the must-watch movies on TV from June 14 to 20, 2021.

Apollo 13
(3:40pm, Cinemax)
Astronauts Lovell, Haise and Swigert of the Apollo 13 moon mission find themselves stranded when their spacecraft gets damaged. Soon, NASA tries to bring them back before it is too late.

Talk Back and Your Dead
(4pm, Cinema One)
Samantha falls in love with a hot-headed guy named Top, the leader of a gang.

Alvin And The Chipmunks
(4:50pm, HBO)
Dave Seville teams up with three musically-inclined chipmunks in order to make a mark in the industry. However, Ian Hawk, a greedy record producer, tries to split the group and exploit the chipmunks.

Alvin And The Chipmunks: The Squeakquel
(6:20pm, HBO)
Back in school, Alvin, Simon and Theodore must save the school’s music programme by winning the battle of the bands. For this, they must beat Brittany, Eleanor and Jeanette, also called The Chipettes.

Madagascar 3: Europe’s Most Wanted
(7:05pm, HBO)
To get back home and evade capture by Animal Control, Alex, Marty, Gloria and Melman embark on a riotous adventure as they join a travelling circus.

Happy Death Day
(7:15pm, FOX Movies)
College student Theresa Gelbman continues to relive the day when she was killed to discover the identity of her murderer.

Final Destination 3
(11:45pm, Cinemax)
Wendy saves her friends’ lives when she has a premonition that the roller coaster they are about to get on will crash. However, each person in the group starts to die in horrifying ways.

Ava
(1:40pm, FOX Movies)
An assassin becomes marked for death by her own black ops organization after questioning orders and breaking protocol.

The Lake House
(2:20pm, HBO)
Love blooms when Kate, a doctor, exchanges letters with Alex, an architect who is fed up with his life. Unknown to them, they lead lives two years apart.

Bridget Jones: The Edge Of Reason
(5:30pm, HBO)
Bridget gets uncomfortable in her relationship with Mark after learning that he is averse to change and holds traditional values when it comes to voting. She also struggles to deal with her new boss.

Tenet
(11:45am, HBO)
When a few objects that can be manipulated and used as weapons in the future fall into the wrong hands, a CIA operative, known as the Protagonist, must save the world.

Oblivion
(12:45pm, Cinemax)
Jack Harper, a drone repairman stationed on Earth that has been ravaged by war with extraterrestrials, questions his identity after rescuing the woman who keeps appearing in his dreams.

Beauty in a Bottle
(1pm, Cinema One)
Three women struggle with insecurities as they get caught up in the craze over a new beauty product.

Hairspray
(5:35pm, HBO)
Tracy emerges from being an overweight teenager to a television superstar. However, her journey is interrupted when she becomes a victim of racial discrimination and decides to fight back.

Jurassic World: Fallen Kingdom
(5:10pm, FOX Movies)
After a volcano eruption proves to be a threat for the dinosaurs, Owen and Claire reach the defunct Jurassic World, a theme park, to save the animals from extinction.

Pixels
(7:05pm, FOX Movies)
A special team of arcade gamers is put together to fight a mysterious alien race that watches classic games of the ’80s and presumes them to be a declaration of war.

The Shallows
(3:50pm, FOX Movies)
Nancy travels to a secluded beach following the death of her mother. While surfing, she gets attacked by a great white shark, which leaves her stranded on a rock 200 yards from the shore.

Alone/Together
(5pm, Cinema One)
College sweethearts Christine and Raf meet again for the first time eight years after their breakup. Once an overachieving art student, Christine has become a failure, whereas Raf, a guy nobody thought, would be a great.

Bridget Jones: The Edge of Reason

Alvin and The Chipmunks: The Squeakquel