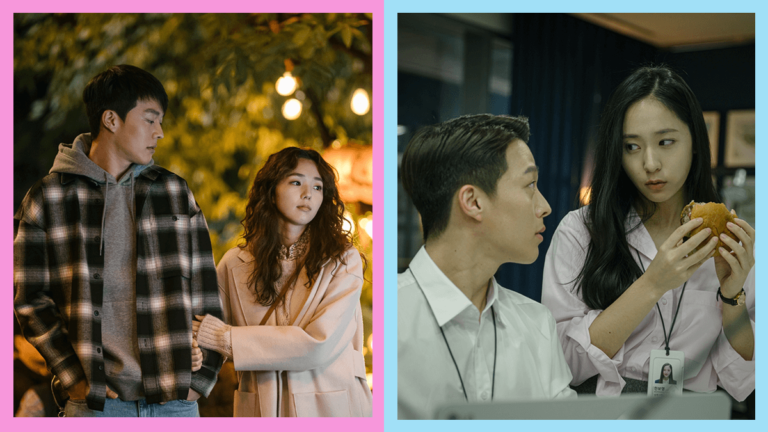 Jang Ki Yong, Chae Soo Bin, and Jung Soo Jung star in the newest Korean film Sweet and Sour, coming to Netflix this Friday, June 4. The new rom-com film is set to give a very vivid and realistic portrayal of love and relationships, and how its flavor changes over time.

Before it drops on the streaming site this Friday, we got to join the rest of the press in a press conference, with the cast and director Lee Kae Byeok, who talked about the film, their characters, and what sets it apart from other romantic comedies.

Here’s what you need to know about Sweet and Sour:

Sweet and Sour tells the story of Jang Hyeok and Da Eun, whose relationship is as sweet as it can be. However, things change for them when Jang Hyeok is assigned to a remote job location, making him commute long distance just to be with Da Eun, who’s also exhausted after working rotating shifts as a nurse. Just as their relationship is gradually becoming bitter, Jang Hyeok meets Bo Yeon, who, like him, is trying to attain a permanent position in the company. The competitive relationship between the two leads them to feel empathy towards each other, and Jang Hyeok finds himself attracted to Bo Yeong’s charms.

Jang Ki Yong, who you may have seen in My Mister, Search: Www, and the new drama My Roommate is a Gumiho, plays Jang Hyeok. He is a career-focused young man, who, according to the press notes, “wants both love and success.” At first, he was sweet to Da Eun, but he slowly becomes a mundane partner especially after he gets assigned to work at a remote location. He becomes busy, working overtime every day in hopes of securing a permanent position in the company.

During the press conference, Ki Yong said that he can relate to his character really well, especially since he’s incorporated a lot of himself in Jang Hyeok’s character — from his gestures and his smile to the way that he talks. This is especially since Director Lee told him to be himself, so as to make his portrayal “really realistic and very natural.” “After many discussions with the director, I tried to incorporate my actual personality as well. Even though it was a movie set, I really enjoyed how I could incorporate my real-life personality to my character,” he added.

Chae Soo Bin (I Am Not a Robot, A Piece of Your Mind) plays Da Eun, a nurse who, like Jang Hyuk, has been working long hours day after day. As she’s been working three shifts, Soo Bin said that Da Eun is also physically tired and struggling with her life. Still, she tries to find time for Jang Hyuk in her schedule, but she can no longer see the spark of love in his eyes when they’re together.

Soo Bin believes that the charm of her character is in how “she’s very considerate of other.” “She thinks a lot about how others feel, so I would say that that’s her strength,” she explained. “But her weakness is [how] sje’s not honest about her emotions. She’s not honest to herself or to others.”

She also said that because Da Eun is a very real character, she’s sure that a lot of people will be able to empathize and relate with her and her struggles. And when playing her, she made sure that she could let people see and understand what it’s like to be in her shoes. “I wanted people to empathize with Da Eun because we all have different realities, but we [also] have similar situations,” she explained.

Lastly, there’s Jung Soo Jung (Prison Playbook, Search) — who we all know as f(x)’s Krystal — as Bo Yeong. She is Jang Hyeok’s co-worker and rival. She’s determined, and she’s willing to work late night after night to perfect her projects and tasks. She shares the struggle with her Jang Hyeok, who she believes she is on good terms with.

Director Lee described Bo Yeong as someone who is “cool and chic,” something that would vividly contrast Da Eun’s personality. Meanwhile, Soo Jung described her as someone who is frank, and is not intimidated by anything, but is also very goofy and kind of silly — something which she can personally relate to.

During the press conference, Soo Jung also explained how the audience might not see her as someone who’s pretty and love, especially because of her choices of action towards Jang Hyeok. This affected the way that she portrayed her role. She said: “Bo Yeong knows that these two are in a relationship, but she hits on him. So that might not look so pretty and lovely to other people. I talked with the director to make sure that she doesn’t look like a bad girl, [and] I kind of wanted to show the loveliness of Bo Yeong in her own way.”

On Working with Each Other

Asked about what it’s like to work with each other in Sweet and Sour, Soo Jung said that her first impression of Ki Yong was that he was “reserved” and “not very talkative” when they first met. However, as they got closer she felt that they had great chemistry between them on set, and there were times when they would break character, laughing. As for working with So Bin, she said that they didn’t get to share a scene together, and the only times they got to hang out was over dinner before and after filming.

Jang Ki Yong said that during the script reads for the film, he felt like Soo Bin and Soo Jungwere “just perfect for the roles” and that he couldn’t wait to start shooting with them. He added that he had a different kind of chemistry between the two ladies and that he had a very fun one with Soo Jung. “Like the character Bo Young, there’s a sense of silliness and goofiness in the character, so that brought a lot of fun on set.”

He also said that the filming schedule with the two actresses helped him in understanding and portraying the character. “We begin to shoot more of the scenes with Bo Yeong in the beginning, then we went on to shoot the scenes with Da Eun. I thought it was well-fitting because it could really portray the exhaustion and lack of energy that came from a longer-lasting relationship,” said Ki Yong.

Chae Soo Bin shared that when it comes to first impressions, she thought that Jang Ki Yong really seemed like his character, Jang Hyuk. Unlike the two who had very fun memories on set, she said that a lot of her memories on the set include fighting. “When we were shooting the film, because it had to be a realistic romance, there weren’t a lot of sweet love scenes. A lot of it was fighting, so I would have to say a lot of memories on set have to do with fighting,” she explained.

On the Story Behind the Title

Sweet and Sour is all about how a relationship goes from its sweet beginnings to its sour and bitter ends. When asked about why he decided on that particular title, director Lee Kae Byeok revealed that it’s actually inspired by a popular Korean candy, which was one of the snacks they had while working on the script. The candy is also called ‘Sweet & Sour’ and the contrast between the two flavors makes it so addicting you’d feel like having another one once you’ve finished a piece.

“When you first put [the candy] in your mouth, it’s sweet, it’s sour, but then it melts away instantly. So you feel like you want another one. You’d reach for another, and another one after that. I felt like that was very much in touch with the story we’re portraying with our script. That’s how I came up with the title, Sweet and Sour.”

On the Realistic Portrayal of Romantic Relationships

According to Lee Kae Byeok, he wanted to talk about how it’s not easy for the youth of today to find love, especially with what we are going through right now. “Today’s young people face to many obstacles in finding love and keeping that love alive,” he said. “I wanted that reality reflected in the situations the characters face.”

What sets Sweet & Sour apart from films of the same genre is how it realistically portrays the beginnings and the endings of a relationship. Director Lee said that while the film will definitely have moments that will make the audience’s stomachs flutter, it also explores love that takes on a different color or flavor with time.

Asked about the message that he wants people to take away from this new film, Director Lee said that it’s to “love as much as you want.” He explained, “If there’s people in the audience who are in relationships, I hope you cherish that relationship. And if you have just ended a romantic relationship and you are in that bitter [stage], I want to remind them that that sweet and sour love is still waiting out there.”

Sweet and Sour launches globally on Netflix this June 4. 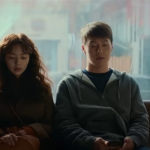 Who's excited for this film to drop this June 4?