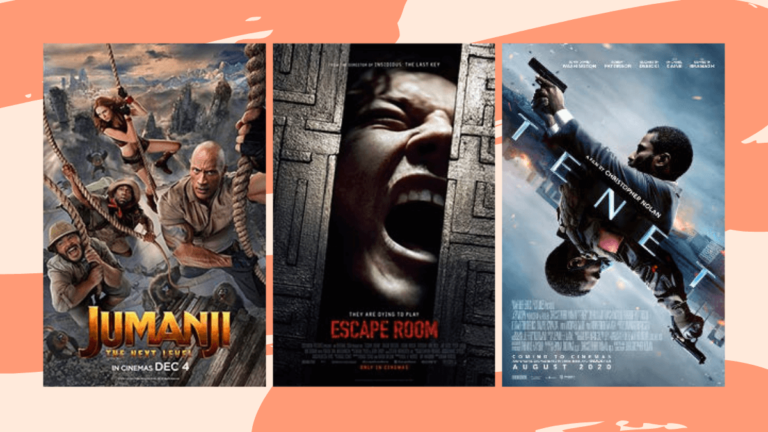 Love films, but don’t know which ones are showing at a certain time? We got you covered! We’re giving you a rundown of some of this month’s must-catch films on HBO if you’ve been wanting to plan your movie nights ahead of time! Here are films to catch on HBO for the month of June:

A group of people is sent to navigate a series of escape room only to discover that their fates are tied to whether or not they can beat them in time.

A married couple that specializes in dealing with the supernatural flies to London to help a family suffering from a horrific haunting.

Rebecca and her boyfriend try to investigate the connection between her mother and her imaginary friend, Diana, after her stepfather is murdered by a supernatural entity.

A terrorist cell infiltrates the highest levels of the United States government. A team of special ops soldiers are betrayed and disavowed, and as fugitives, they must discover the truth and fight to reclaim the government.

A secret agent is given a single word as his weapon and sent to prevent the onset of World War III. He must travel through time and bend the laws of nature in order to be successful in his mission.

In the future, technology has made it possible to enter the human mind. There are those who use this technologies to steal secrets straight from the human brain. The best of these thieves is now given a chance at redemption, but he must first complete one last impossible job.

As they return to rescue one of their own, the players will have to brave parts unknown from arid deserts to snowy mountains, to escape the world’s most dangerous game.