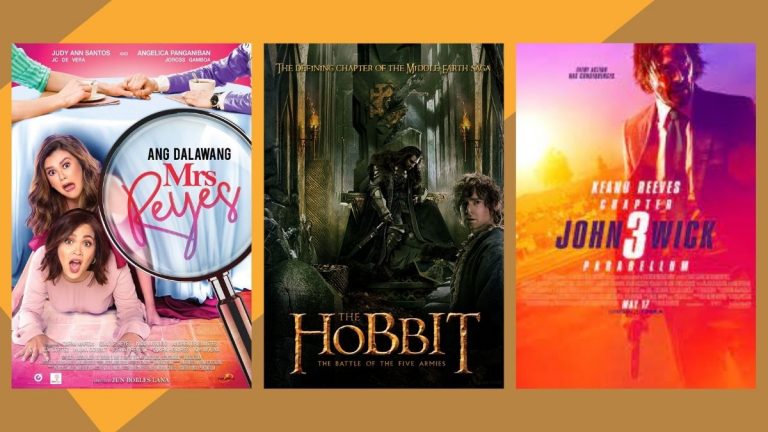 Isn’t it a bummer when you see your favorite movie already playing halfway through when you turn on the TV? Fret not! From rom-com and action to horror and thriller, we’re giving you a heads up on all the must-watch movies on TV from May 17 to 23, 2021.

The Notebook
(3:55pm, HBO)
Duke reads the story of Allie and Noah, two lovers who were separated by fate, to Ms Hamilton, an old woman who suffers from dementia, on a daily basis out of his notebook.

The Bucket List
(4pm, Cinemax)
Two terminally ill men left with only six months to live, decide to explore life and make a bucket list comprising all the things they have never tried before.

The Hobbit: The Battle Of The Five Armies
(10pm, FOX Movies)
Bilbo fights against a number of enemies to save the life of his Dwarf friends and protects the Lonely Mountain after a conflict arises.

The Purge
(2:40pm, HBO)
Bilbo fights against a number of enemies to save the life of his Dwarf friends and protects the Lonely Mountain after a conflict arises.

Pitch Perfect 3
(5:15pm, FOX Movies)
The Bellas have split after winning the World Championship. But they reunite for one last overseas singing competition to make music and some questionable decisions.

Ex With Benefits
(7:30pm, PBO)
Arkisha will do anything to keep her ex in her life.

John Wick Chapter 3: Parabellum
(10pm, Cinemax)
John Wick is declared excommunicado and a hefty bounty is set on him after he murders an international crime lord. He sets out to seek help to save himself from ruthless hitmen and bounty hunters.

Dolittle
(4:05pm, HBO)
A physician, who can speak with animals, is summoned by the queen to find a cure for her life-threatening disease. Soon, he embarks on a journey with his furry friends in search of a healing tree.

The Angry Birds Movie
(5:30pm, FOX Movies)
Red, Chuck and Bomb have always been the outcasts within a community of flightless birds on an island. But when mysterious green pigs intrude the island, it is up to them to figure out the reason.

Ang Dalawang Mrs. Reyes
(7pm, Cinema One)
Devoted wives Lianne and Cindy gets cheated on by their husbands who turn out to be gay.

You, Me And Dupree
(5:45pm, HBO)
Carl and Molly let Dupree, Carl’s happy-go-lucky friend, move in with them for a few days when he loses his job. However, they soon realize that Dupree has no intention of leaving the house.

Catch Me If You Can
(5:55pm, Cinemax)
Notorious con artist Frank Abagnale has duped people worth millions of dollars with his masterful art of deception. With his scams getting bolder, he is soon pursued by FBI agent Carl Hanratty.

Kasal, Kasali, Kasalo
(7pm, Cinema One)
After being forced to migrate to the U.S., Jed proposes to Angie and, hastily, they plan the wedding, which causes a lot of conflict between their families.

Meet Me in St. Gallen
(9:30pm, PBO)
Celeste and Jesse have a one-night stand and then go their separate ways, only to end up meeting again in St. Gallen, Switzerland.

Robocop
(5:15pm, FOX Movies)
In a dystopic and crime-infested Detroit, a terminally injured policeman returns to the force as a potent cyborg haunted by submerged memories.

Oblivion
(7pm, HBO)
Jack Harper, a drone repairman stationed on Earth that has been ravaged by war with extraterrestrials, questions his identity after rescuing the woman who keeps appearing in his dreams.

Sakal, Sakali, Saklolo
(7pm, Cinema One)
First-time parents have a lot to learn about raising children.

Trolls
(5:15pm, FOX Movies)
After the banished Chef of Bergens captures Trolls during a celebration, Princess Poppy and Branch set out on a mission to rescue their friends.

Men In Black: International
(7:05pm, HBO)
Agent M, a probationary member of the MIB, teams up with Agent H and uncovers a sinister plot that reveals a traitor in the organisation aiding an alien invasion.

Fast Five
(9pm, HBO)
Dom and Brian travel from one country to another, trying to throw the authorities off their scent. Now they have to bring their team together one more time while being chased by a federal agent.

You, Me and Dupree

The Hobbit: The Battle of the Five Armies