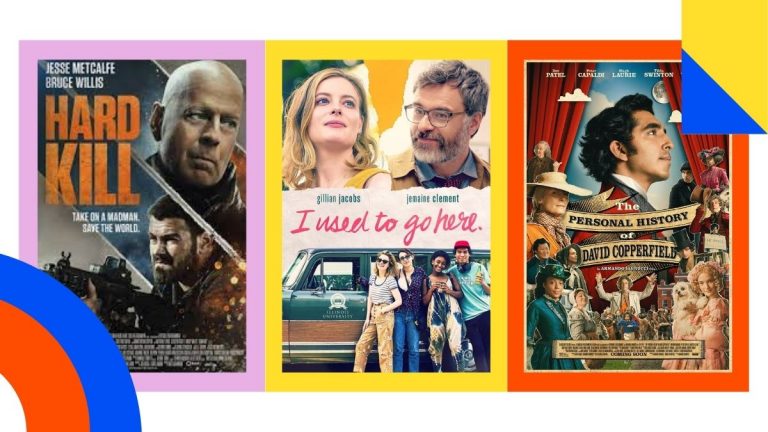 Here are 8 exciting and new movies to add to your must-watch movie list this May!

Looking for more movies to watch on TV this May? Have an incredible Hollywood experience with FOX Movies this month.

From Armando Iannuci’s The Personal History of David Copperfield to Matt Eskandari’s Hard Kill, here’s a roundup of 8 exciting and new movies to add to your must-watch movie list:

With their partners away serving in Afghanistan, a group of women on the home front form a choir and quickly find themselves at the center of a media sensation and global movement.

The true-life story of Christian music star Jeremy Camp and his journey of love and loss that looks to prove there is always hope.

The work of billionaire tech CEO Donovan Chalmers is so valuable that he hires mercenaries to protect it and a terrorist group kidnaps his daughter just to get it.

The Personal History of David Copperfield

A modern take on Charles Dickens’ classic tale of a young orphan David Copperfield who is able to triumph over many obstacles from his birth to the present day.

I Used To Go Here

A novel writer Kate is invited to speak at her alma matter by her former professor. After accepting the invitation, Kate finds herself deeply enmeshed in the lives of a group of college students.

Rogue Warfare: Death of a Nation

The Black Mask Organization coordinates a twisted plot which will devastate the world within the next 36 hours.

A hard-working salesman thinks he has the perfect life until he becomes quadriplegic after a tragic accident. With the help of a mouthy Russian nurse, he learns that life isn’t over.

The 47-year-old Al Capone, after 10 years in prison, starts suffering from dementia and comes to be haunted by his violent past.

The Personal History of David Copperfield