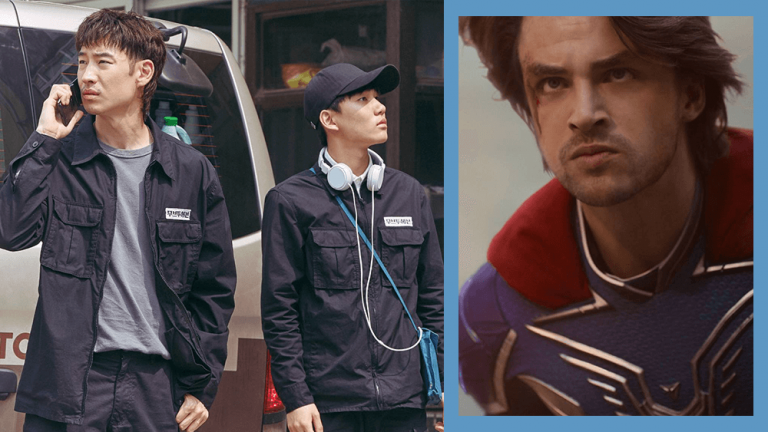 10 Shows and Films Coming to Netflix Philippines This May 2021

Here are all the titles coming to Netflix in May!

If you’re the kind who need to plot your binge-watching schedules for the month, worry not, because we’re giving you a rundown of the most awaited shows and films launching on Netflix Philippines this May.

Jupiter’s Legacy centers on the first generation of superheroes, who, after keeping mankind safe, must now rely on their kids to continue their legacy. However, because the young superheroes struggle to keep up with their parents’ reputations, tensions rise as they try to prove their worth.

Girl From Nowhere, Season 2
May 7

In the second season of Girl From Nowhere, Nanno will be taking her even bigger social injustices that go beyond the school grounds. This time around, there’s another enigmatic girl who follows in her shadow, making her not the only vigilante around.

Kitty Chicha Amatayakul returns as Nanno for the second season, and she will be joined by Teeradon Supapunpinyo, Penpak Sirikul, and Chanya McClory.

ALSO READ
WATCH: Nanno is Back in the New Trailer for ‘Girl From Nowhere’ Season 2

No Boyfriend Since Birth
May 13

No Boyfriend Since Birth is about Karina, a woman in her mid-20s, who works as an assistant in a bridal shop. Hung up on her high school crush Carlo, she decides to stay single. However, things change when she ends up encountering him in a wedding, and she does everything to get him to fall in love with her. This film stars Carla Abellana and Tom Rodriguez.

The fourth season of Castlevania shows Dracula’s influence gets larger. Belmon and Sypha start to investigate plans on how to resurrect the notorious vampire, while Alucard struggles to embrace his humanity.

Move to Heaven
May 14

Move to Heaven is a drama taking inspiration from Kim Sae Byul’s essay Things Left Behind. It’s about Geu Ru, a young man with Asperger’s Syndrome, who’s taken under the wing of his uncle Sang Gu after his father passes away. Together, the two continue their job as trauma cleaners — clearing out the possessions of those who have died. As they uncover their stories, the two characters also work together to deliver the messages of the deceased to their loved ones.

The Woman in the Window
May 14

The Woman in the Window is about an agoraphobic psychologist who gets obsessed with her neighbors, only for her to witness a brutal crime. As she tries to solve the crime, secrets begin to unravel, and she realizes that no one are what they seem. This film is based on a novel by A.J. Finn and stars Amy Adams, Gary Oldman, Anthony Mackie, and more.

ALSO READ
Netflix is Giving Us One New Film Every Week This 2021!

Love, Death & Robots is an Emmy-winning anthology that tells the story of everything from the wild adventures on far-flung planets to unsettling encounters close to home.

Army of the Dead is a film that happens after a zombie outbreak leaves the city of Las Vegas and walled off from the rest of the world. It centers on former zombie war hero Scott Ward who’s hired by a casino boss to go on a heist. Here, he must get $200 million from a vault in Las Vegas before the government nukes it. To succeed on the mission, he must first survive a horde of Alpha zombies with his team of experts.

“A devil’s work is never done” as Lucifer comes back for the second part of the 5th season. This time around, Lucifer must make a return to the land of the living in hopes of making things right with Chloe. Starring here are Tom Ellis, Lauren German, Kevin Alejandro, and more.

Halston is a limited series from American Horror Story‘s showrunner Ryan Murphy. It tells the story of the legendary fashion designer and how he makes his single name into a fashion empire that also meant luxury, sex, status, and fame. Ewan McGregor stars as the titular character in this upcoming series.

No Boyfriend Since Birth