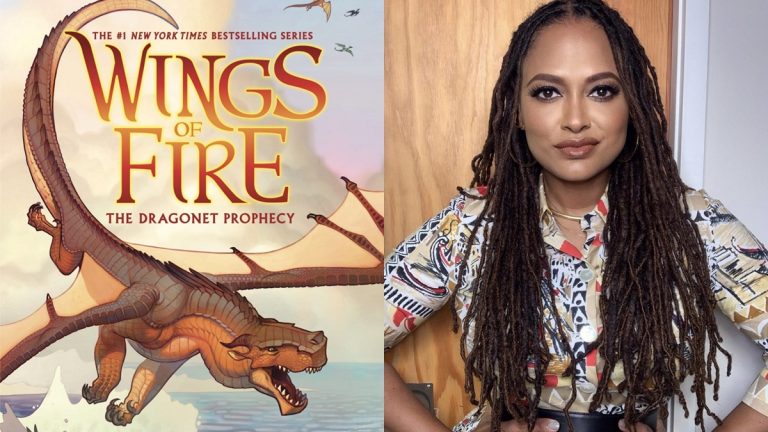 A Wrinkle in Time director Ava DuVernay is on to direct her first animated series! The director will be helming a 10-episode Netflix series based on Tui T. Sutherland’s children’s book series Wings of Fire.

Sutherland confirmed the news herself in a statement which she released for the streaming service. In it, she said: “‘Will there ever be a TV show?’ has been the No. 1 question I’ve gotten at events almost from the beginning, and the answer is finally yes!”

According to the author, she’s “immensely thrilled and grateful” that Ava DuVernay will be heading the production of the series, tagging her as the “Queen of Dragons”. “Ava is someone who saves the world every day without waiting for any prophecy to tell her what to do. I hope some of my dragons grow up to be just like her!” She said.

In a statement from Netflix, DuVernay also expressed her thoughts on this upcoming project. “Within this epic book series from the mind of Tui Sutherland is an elegant saga filled with wisdom and wonder, exploring ideas of belonging and bias, camaraderie and community,” she said.

DuVernay added: “On behalf of my colleagues Sarah Bremner and Paul Garnes of ARRAY Filmworks, we’re thrilled to partner with Netflix and Warner Bros. Animation for this dynamic adaptation where five young dragonets fulfill their destiny and show viewers how to fulfill their own.”

Wings of Fire takes place in the world of Pyrrhia, where a war between dragon tribes has been going on for generations. It’s up the 5 young dragons — Clay, Tsunami, Glory, Starflight, and Sunny — to bring peace to the land. The dragons then go on a quest that will get them to face their true selves and the scope of war they are destined to end.

According to Sutherland, the series is an “epic fantasy with a sense of humor and kindhearted heroes”. She also added that Wings of Fire tackle the subjects of fate vs. free will, power, nature, family, and more, as told from the perspective of a dragon.

Dan Milano and Christa Starr will be adapting the book. They’ll also be acting as the showrunners of the show alongside Justine Ridge. DuVernay will be executive producing the show with Milano, Starr, Ridge, Sutherland, Sam Register, and ARRAY Filmworks’ Sarah Bremner.

Wings of Fire will be launching globally on Netflix soon.