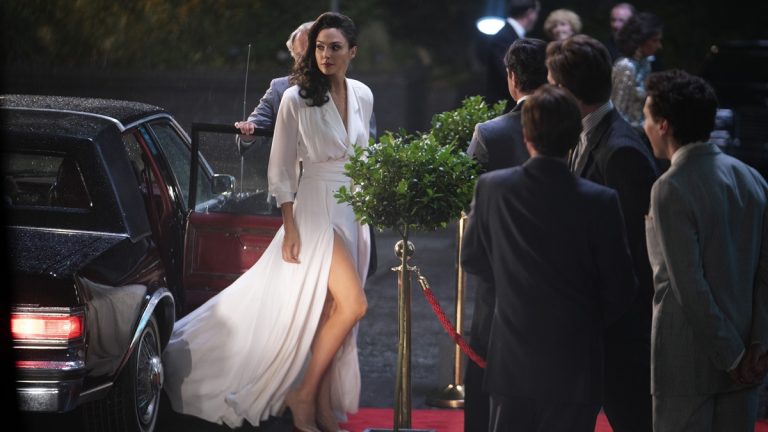 Premiering exclusively in the Philippines on HBO GO from 21 April, Wonder Woman returns in an all-new adventure to save mankind from a world of its own making. From director Patty Jenkins and starring Gal Gadot in the title role, Wonder Woman 1984 takes viewers back to one of the more memorable decades in terms of fashion.

This new chapter in the Wonder Woman story finds Diana Prince living quietly among mortals in the vibrant, sleek 1980s – an era of excess driven by the pursuit of having it all. To perfectly capture the look and feel of the ’80s in terms of clothing, the filmmakers turned to costume designer Lindy Hemming. From big shoulders, bright colors, and even the fanny pack, discover how you can inject looks from Wonder Woman 1984 into your wardrobe.

Where Cultures Come Together

While the ’80s may be known for certain fashion trends, to achieve the authentic look the film needed, Hemming had to draw upon not just the mainstream looks from the 1980s but also the preceding decades and micro-cultures like the punk rockers and those in Western wear. She explains, “There were lots of ordinary people who were still dressing from the late ’70s, some still dressing from the ’50s. There were the punks. We see Stetsons and cowboy boots and some bolos on people who have come into town from somewhere in Virginia to go shopping at the mall. There are Memphis print shorts and Hawaiian shirts, the extreme Jane Fonda-type workout leotards, leg and wrist warmers and headbands, as well as zip-up jackets tied around the waist with the arms hanging down. And of course the `80s ladies: I loved the original leather tailored suits—the ones with the puffy shoulders and different patterns of leather. There’s one with faux snakeskin panels set into a pink leather jacket with piped edges and a tight skirt. To make a proper cross-section of people in the region at that time, we had to create a whole range of clothing.”

It is only when Diana attends a Smithsonian fundraiser that Hemming felt free to go full-on ’80s. “At the fundraiser you see more metallic fabrics, which had become popular just then. In secondhand shops we found loads of metallic dresses with frills and bows and such, so we created a mixture of younger people dressed like that and then older, more matronly ladies with “Dynasty”-style shoulders and draped dresses.”

Gadot says, “It was fun to go through the process with Lindy of finding the right looks for Diana during the ’80s, because we wanted to keep the tones very specific. She keeps very much to herself, so she wouldn’t wear pink or orange or yellow or green or red. We wanted her to be cool and elegant and not to draw attention to herself. I ended up loving the blue suit that she wears to work at the Smithsonian, and the three-piece suit that she wears. I even liked the air base jumpsuit; it was very comfortable!”

“Something we worked very hard on with Lindy, who is just an incredible designer, was to not only incorporate the fun and humor and the colorful qualities of the ’80s looks—a lot of which you’ll see on Kristen as Barbara—but to also bring in the elegant and beautiful styles we had then,” Jenkins comments.

Naturally, Hemming was not only tasked with devising looks for lead females. Pedro Pascal as Maxwell Lord donned suits reflective of the era and Lord’s desire to look the part of a wealthy businessman. The film also contains a montage of looks for Chris Pine’s Steve Trevor designed to entertain the audience with a showcase of men’s options from the era.

“We had fun with it, of course, but in the end, for his ultimate outfit, it was not unlike our thought process for Diana: what were people wearing back then that you could put on now and look good?” Jenkins asks. All of it had to appeal to the military man in him who wants function and efficiency—movement, pockets, and obviously the most comfortable shoes he’s ever put on in his life. And the fanny pack, which makes perfect sense to him and gave us a great ’80s touchstone moment.”

“The fanny pack was great!” Pine laughs. “The look Patty wanted for Steve in this film was I believe an ode to the popular films of the era: the baggy-ish pants with pleats, the scarf. Lindy is a brilliant costume designer and she gave me all of these ’80s things to try on in a scene that Patty crafted to be a sort of callback to the first film, when Diana first comes into the human world and goes and tries on all those clothes. The comfort level was terrific after the 40 pounds of early 20th century wool I wore in the first film.”

The actor found Steve’s primary accessory so handy that he actually bought one for himself. “I actually ended up getting my own fanny pack and used it constantly while I was biking around Washington, DC,” he relates.

Stream or download Wonder Woman 1984 on HBO GO. Download the app at the App Store or Play Store on your device. You can also access HBO GO via Cignal, Globe and Skycable or at https://www.hbogoasia.com/. HBO GO can be accessed via Android TV, Apple TV, LG TV and Samsung Smart TV – and comes with AirPlay and Google Cast functionality.