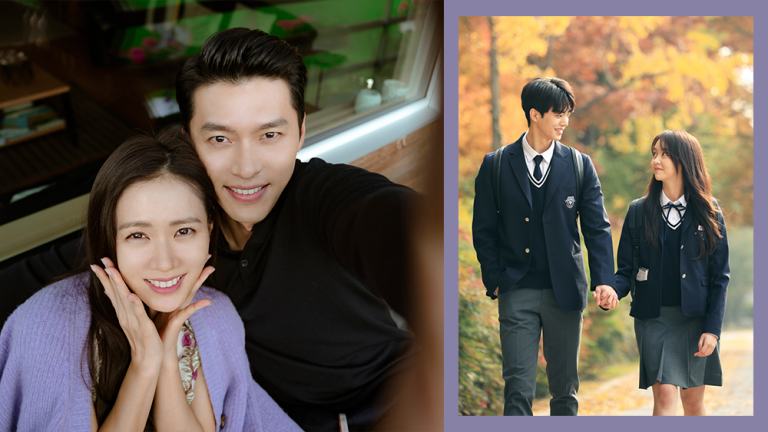 Good chemistry is like a breath of fresh air that elevates the viewing experience to a whole other level. There’s an extra burst of sweetness when we see the friendships continue in between filming and into real life. With that said, actors are professionals and excellent chemistry is found in numerous series. So let’s focus on a few shows from the past year or so that made viewers smile with their different types of on and off-screen chemistry.

Love Alarm features a difficult love triangle between Kim Jojo (Kim So-hyun), Hwang Sun-oh (Song Kang), and Lee Hye-yeong (Jung Ga-ram). There’s a lot of heartfelt feelings on-screen and playful dynamics off-screen. You can notice the overall chemistry feeling more relaxed and comfortable in the second season. A second season does mean that the cast gets to spend more time with each other and this can help friendships grow stronger. You can see how friendly the main leads are as they joke around behind the scenes. Witness more of their off-screen chemistry here.

Sisyphus focuses on genius engineer Han Tae-sul (Cho Seung-woo) and a woman named Gang Seo-hae (Park Shin-hye) who comes from the future to save him. On-screen, the pair’s teamwork is a delight to watch with Tae-sul’s ingenuity and Seo-hae’s fearlessness perfectly complementing one another. Off-screen, the actors are adorable as they joke around and strike funny poses. Both actors are known for maintaining friendships made on set and are very friendly with their co-stars. The duo’s partnership chemistry is one of the best facets of the series. See more of their off-screen chemistry here.

Lovestruck in the City shows couple Park Jae-won (Ji Chang-wook) and Lee Eun-o (Kim Ji-won) fall in love on the beach and find their way back to each other after returning to the city. Their chemistry is sizzling and you can see the affection they have for one another as they gaze at each other. The actors’ amazing chemistry with previous co-stars is further testament to their acting skills. Although we know they’re acting, many fans can’t help but ship them. View more of their off-screen chemistry here.

Space Sweepers is a movie about four misfits (Song Joong-ki, Kim Tae-ri, Jin Sun-kyu, Yoo Hai-jin) who unearth explosive secrets while salvaging space debris in the year 2092. The found family squabble and have their differences while working and living together on a spaceship, but their family-like chemistry is entertaining to watch. Off-screen, the actors freely tease each other and joke around. They’re so natural and fun when interacting. Check out more of their off-screen chemistry here.

Crash Landing on You tells the love story between North Korean soldier Ri Jeong-hyeok (Hyun Bin) and South Korean heiress Yun Se-ri (Son Ye-jin). From their bickering to their heartfelt love for one another, their chemistry is simply fire. Having worked together previously through the movie The Negotiation, the pair had the advantage of already having a friendly relationship. The co-stars are definitely one of the most loved reel to real couples in K-dramaland. Enjoy more of their off-screen chemistry here.

Hospital Playlist centers on five friends (Cho Jung-seok, Yoo Yeon-seok, Jung Kyung-ho, Kim Dae-myeung, Jeon Mi-do) who are all doctors working at the same hospital. The close relationship between friends who have been there for each other through thick and thin is also apparent in the friendships amongst the actors. In addition to filming the first and second seasons, the group also regularly spent time with each other for band practice. They certainly make it believable that the group has been friends for over 20 years! Watch more of their off-screen chemistry here.

Which shows do you think had the best on and off-screen chemistry? Watch all the chemistry happen on Netflix!