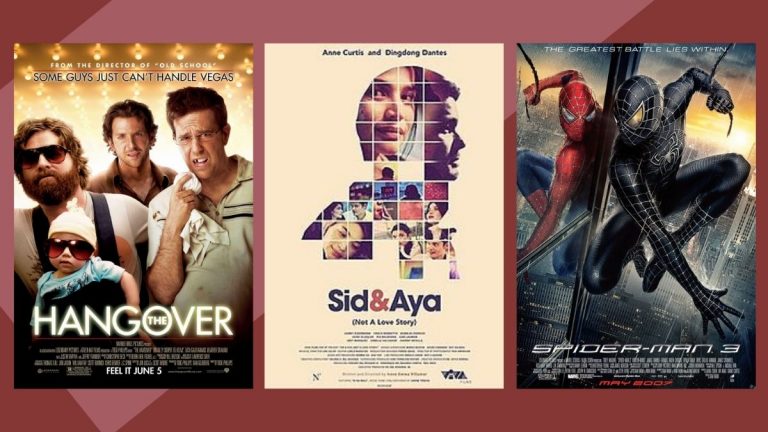 Isn’t it a bummer when you see your favorite movie already playing halfway through when you turn on the TV? Fret not! From rom-com and action to horror and thriller, we’re giving you a heads up on all the must-watch movies on TV from April 12 to 18, 2021.

Never Not Love You
(12:30pm, PBO)
Two young lovers meet and fall in love. Together they build a life until career opportunities bring them out of the country. Out of the comforts of home and with individual careers going different directions. Will their love survive?

Fantasy Island
(2:50pm, FOX Movies)
A mysterious man invites a group of lucky guests to his secretive resort to fulfil their darkest fantasies. However, when people start arriving, things take an unexpected turn.

Till My Heartaches End
(7pm, Cinema One)
Two young lovers are forced to choose between their relationship and their dreams.

The Hangover
(10pm, Cinemax)
Doug and his three best men go to Las Vegas to celebrate his bachelor party. However, the three best men wake up the next day with a hangover and realise that Doug is missing.

Sid & Aya: Not A Love Story
(1pm, PBO)
A successful stockbroker who suffers from insomnia hires a woman to keep him company during his long, sleepless nights.

Mean Girls
(5:25pm, HBO)
Cady joins a new public school and befriends Janis and Damian. They warn her to avoid the Plastics, a group led by Regina, but things get worse when she falls in love with Aaron, Regina’s ex-lover.

Paano Na Kaya
(7pm, Cinema One)
Two longtime friends become romantically involved after he gets dumped by a girlfriend.

Scream
(10pm, Cinemax)
A year after Sidney’s mom is murdered, more murders start to occur. She begins to suspect if these murders are related and tries to find the killer as everyone seems to be a suspect.

Abominable
(2:55pm, HBO)
After discovering a yeti, three friends embark on a quest to reunite the creature with his family. However, they must keep him safe from a wealthy man and a zoologist who want to capture him.

Spider-Man 3
(4pm, Cinemax)
Peter Parker becomes one with a symbiotic alien that bolsters his Spider-Man avatar and affects his psyche. He also has to deal with Sandman and maintain a fragmented relationship with Mary Jane.

The Addams Family
(2:50pm, FOX Movies)
When an evil doctor learns about an eccentric family’s missing relative, she hires an imposter to masquerade as him so that she can loot the family.

17 Again
(5:45pm, HBO)
Mike is unhappy with the way his life has turned out and wishes he could be 17 again to change it. One day, he wakes up to find that his wish has been granted.

Spider-Man: Into The Spider-Verse
(5:10pm, HBO)
After gaining superpowers from a spider bite, Miles Morales protects the city as Spider-Man. Soon, he meets alternate versions of himself and gets embroiled in an epic battle to save the multiverse.

Da One That Ghost Away
(7pm, Cinema One)
Wanting to save her beloved grandmother’s house from being sequestered, paranormal expert Carmel and her best friend form a squad of ghost hunters with their misfits buddies.

A Second Chance
(7pm, Cinema One)
After their storybook wedding, Popoy and Basha find married life, and starting a business, more challenging than they ever imagined.

Till My Heartaches End