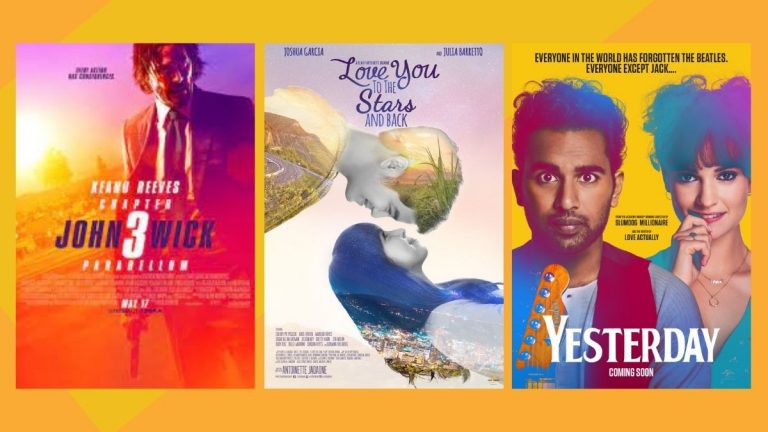 Isn’t it a bummer when you see your favorite movie already playing halfway through when you turn on the TV? Fret not! From rom-com and action to horror and thriller, we’re giving you a heads up on all the must-watch movies on TV from April 5 to 11, 2021.

Meet The Parents
(5:20pm, HBO)
Greg Focker decides to spend a weekend with his girlfriend’s parents before proposing to her. However, her father instantly dislikes Greg, which makes his stay far worse than he imagined.

Angel Has Fallen
(11:35pm, Cinemax)
Mike Banning, a secret service agent, is assigned to protect the US president. Things take a turn when Mike is falsely accused of carrying an attack on the president while on a fishing trip.

Five Feet Apart
(10:55pm, FOX Movies)
Seventeen-year-old Stella spends most of her time in the hospital as a cystic fibrosis patient. Her life is full of routines, boundaries and self-control — all of which get put to the test when she meets Will, an impossibly charming teen who has the same illness.

My Sister’s Keeper
(3:05pm, HBO)
Anna, a young girl, seeks a lawyer’s help to earn medical emancipation from her parents when they force her to donate organs, blood and tissue to her leukaemia-stricken elder sister and help her live.

Grown Ups
(5:25pm, FOX Movies)
Five childhood friends take their families for a weekend trip to a lake house in their hometown, where they reunite to attend the funeral of their former high school basketball coach.

Cats
(5:45pm, HBO)
A tribe of cats must decide yearly which one will ascend to the Heaviside Layer and come back to a new life.

You’re My Boss
(7pm, Cinema One)
A woman looking for acceptance, love and appreciation finds what she is looking for from her personal assistant.

Beauty in a Bottle
(7pm, Cinema One)
Three women struggle with insecurities as they get caught up in the craze over a new beauty product.

Constantine
(9pm, HBO)
Detective Angela approaches Constantine, an exorcist, to help her investigate her twin sister’s death. As he digs deeper, he realises a dark conspiracy which could threaten the world.

Yesterday
(12:15pm, HBO)
Jack, a struggling musician, meets with an accident during a blackout and wakes up to find out that only he remembers The Beatles. Later, he starts singing the band’s songs to gain fame.

Jowable
(5:15pm, PBO)
Despite being surrounded and supported by friends, Elsa still feels miserable and envious of every couple she sees. Finally, Lady Luck smiles upon her and she meets a guy, and the attraction is instantly mutual.

Love You To The Stars and Back
(7pm, Cinema One)
Feeling out of place in her own home, an eccentric and socially awkward girl, Mika, decides to go on a road trip with a very strange goal, to look for aliens. In her trip, Mika accidentally bumps into a simple and good-humored boy, Caloy, whom she chooses to give a free ride to until he reaches his destination.

John Wick Chapter 3: Parabellum
(10pm, Cinemax)
John Wick is declared excommunicated and a hefty bounty is set on him after he murders an international crime lord. He sets out to seek help to save himself from ruthless hitmen and bounty hunters.

Ang Dalawang Mrs. Reyes
(5pm, Cinema One)
Wives Lianne and Cindy get cheated on by their husbands who turn out to be gay.

Maybe This Time
(6:45pm, PBO)
Steph learns to be tough and sets her sights on bigger dreams after Tonio ends their relationship without saying goodbye.

Crazy Beautiful You
(5pm, Cinema One)
Jackie is taken on a medical mission to calm her rebellious spirit. When she arrives she meets Kiko, and the two discover something crazy and beautiful together.

Bill & Ted Face The Music
(7:20pm, FOX Movies)
The ruler of the future tells best friends, Bill and Ted, they must compose a new song to save life as we know it. But instead of writing it, they decide to travel through time to steal it from their older selves. Meanwhile, their young daughters devise their own musical scheme to help their fathers bring harmony to the universe.

Meet Me in St. Gallen
(7:30pm, PBO)
Celeste and Jesse have a one-night stand and then go their separate ways, only to end up meeting again in St. Gallen, Switzerland.

Fast Five
(9pm, HBO)
Dom and Brian travel from one country to another, trying to throw the authorities off their scent. Now they have to bring their team together one more time while being chased by a federal agent.