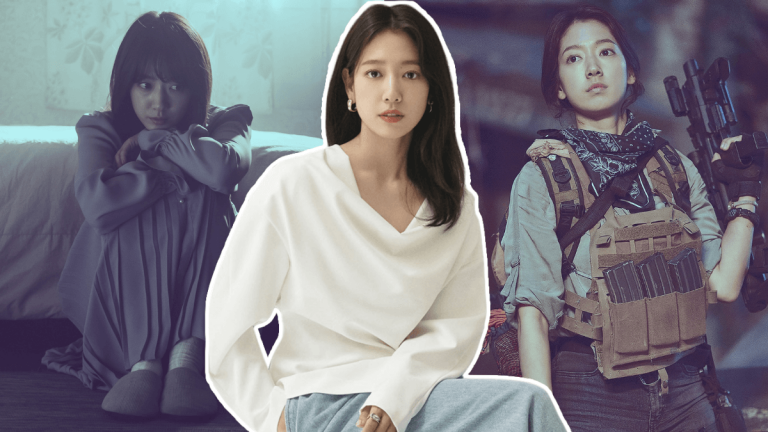 Here's a list of some of Park Shin Hye's most popular projects!

Park Shin Hye is undoubtedly one of the most popular Korean actresses right now, especially with years and years of experience in the industry. The 31-year-old actress has starred in various dramas and films of different genres since doing her first lead role in 2006.

Right now, Park Shin Hye is starring in the drama Sisyphus with Jo Seung Woo. And if you’ve been loving her here as Kang Seo Hae, then maybe it’s time that you finally take a deep-dive into her filmography. Below is a list of 9 K-dramas and films you can stream right now:

Heartstrings is a 2011 drama about band member Lee Shin and college Lee Gyu Won, who start off on the wrong foot because of a series of misunderstandings. Gyu Won doesn’t seem to understand why Lee Shin is popular, until she is forced to go to his band’s concert with her friends. As she sees Lee Shin perform, she finds herself immediately captivated by him.

Where to Watch: Viki

Park Shin Hye also starred in You’re Beautiful alongside Jang Geun Suk, Jung Yong Hwa, Lee Hong Ki, and UEE. Here, she plays the Mi Nyu, the twin sister of group member Mi Nam, who has to fly abroad to repair a botched eye job. Not wanting to ruin her brother’s chance at fame, she drops all her plans to become a nun, joining the group where she pretends to be her brother.

The Heirs centers on Lee Min Ho’s Kim Tan, the heir to Empire Group. He’s sent to the US for exile while his half-brother plans to take over the family business. While there, he meets Cha Eun Sang, who he immediately finds himself falling for, but what he doesn’t know is that Eun Sang is the daughter of the family’s housekeeper back home.

In Pinocchio, Park Shin Hye plays the broadcast journalist Choi In Ha, who suffers from a condition known as “Pinocchio syndrome.” Because of this, she breaks out into hiccups whenever she lies. Alongside Lee Jong Suk’s Choi Dal Po, the two reporters try to pursue justice while discovering the truth through their jobs. Kim Young Kwang, Lee Yoo Bin, Jin Kyung, and more also star in this drama.

In the medical drama Doctors, Park Shin Hye starred as Yoo Hye Jung, who was once a tough bully in school. However, thanks to Hong Ji Hong, she is inspired to go from being a helpless gangster to a compassionate doctor. The two meet again after 13 years, after Hye Jung’s become a doctor.

Memories of the Alhambra

Memories of the Alhambra centers on Hyun Bin’s Yoo Jin Woo — the CEO of an investment company with a knack for developing video games. After the betrayal of his best friend, he goes to Granada, Spain to search the inventor of an innovative augmented-reality video game. There, he meets Park Shin Hye’s Jung Hee Joo — the owner of the hostel he ends up staying in. The two are then drawn into a series of strange and unexpected events that involve the AR game.

#Alive is a film set in modern-day Seoul when a mysterious virus starts spreading in the city. The virus causes victims to turn into zombies that ear other humans. It follows Oh Jun U and Kim Yoo Bin who must fight to survive from the zombies in the apartment complex they live in. With no Wi-Fi or cellular data, they rely on what they see outside and on TV to get all the information they need.

In this film, Park Shin Hye stars alongside Yoo Ah In. She plays Kim Yoo Bin, who lives in the same apartment complex who helps Jun U escape his unit.

ALSO READ
Zombies on the High-Rise: A Review of Netflix Film ‘#Alive’

Park Shin Hye stars in The Call as Seo Yeon, a woman who receives a mysterious phone call from a woman named Young Sook. As she keeps communicating with her on the phone, she eventually realizes that they both live in different times and that Jong Seo lives in the same house she’s living in, but only in the past. Jung Jong Seo stars alongside Park Shin Hye in this film.

Sisyphus is the story of a genius engineer named Han Tae Sul (Jo Seung Woo), who is known for having the highest level of coding skills. After learning the truth about his brother’s death, he goes on a dangerous journey alongside Kang Seo Hae, a woman from the future.

In this ongoing drama, Park Shin Hye plays Kang Seo Hae, a survivor of a future dystopian world. With everything she’s learned from gangsters and warlords, she travels back in time to save Han Tae Sul.

Memories of the Alhambra