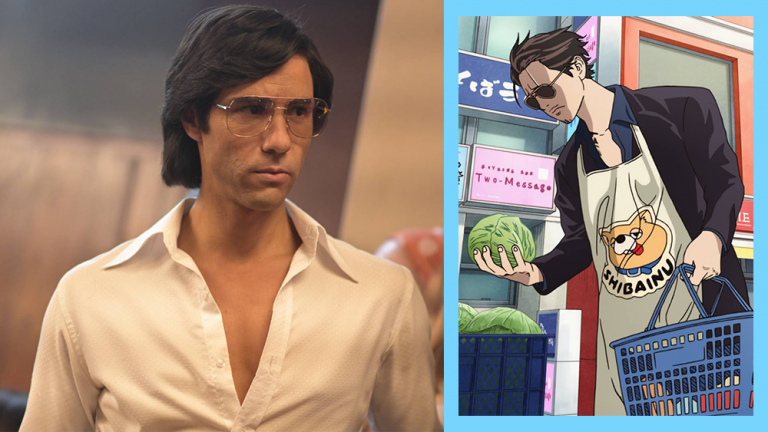 If you’re the kind who need to plot your binge-watching schedules for the month, worry not, because we’re giving you a rundown of the most awaited shows and films launching on Netflix Philippines this April.

The Serpent is a limited series is the story of the serial conman Charles Sobhraj — also known as the Bikini Killer. Together with his girlfriend Marie Andrée Leclerc, the couple travels to Thailand, Nepal, and India (the Asian “Hippie Trail”) as they prey on young travelers. The 8-episode series stars Golden Globe nominee Tahar Rahim, Jenna Coleman, and Billy Howle.

ALSO READ
Q&A: Tahar Rahim on Becoming a Serial Killer in ‘The Serpent’

Concrete Cowboy is an American Western film about a rebellious teen who is sent to live with his estranged father for the summer. While there, he finds kinship in a Philadelphian community of Black cowboys. Caleb McLaughlin, Idris Elba, Jharrel Jerome, Byron Bowers, Lorraine Toussaint, and Clifford “Method Man” Smith star in this film.

Octavia Spencer and Melissa McCarthy star in Thunder Force as two childhood best friends who reunite as a crime-fighting superhero duo to battle the Miscreants and save Chicago from The King. Joining the two stars in this film are Jason Bateman, Bobby Cannavale, Pom Klementieff, and more.

Night in Paradise follows Park Tae Goo, a gangster who goes to Jeju Island to lay low after taking a hit against the boss of a rival gang. He decides to hide on the farm of an arms dealer named Kuto. It’s there that he meets his terminally ill niece Jae Yeon, who also has demons of her own. The film was screened out of competition at the 77th Venice International Film Festival.

ALSO READ
Live by the Gun: A Movie Review of ‘Night in Paradise’
12 K-Dramas and Films To Watch If You Want to See More of Your Favorite ‘Vincenzo’ Stars

Another Kim Bum drama coming to Netflix this Month is Law School, where he stars alongside Kim Myung Min and Ryu Hye Young. It follows a law professor named Yang Jong Hoon and his ambitious students who get involved in a highly unusual case. This is after a grim incident occurs at school, putting to the test the justice through law.

The Way of the Househusband
April 8

A comedy anime series based on the manga of the same name, The Way of the Househusband is about the yakuza boss Tatsu, also known as “The Immortal Dragon.” He retires from a life of crime to be a dedicated househusband to his wife, Miku.

ALSO READ
WATCH: Netflix Drops Trailer for ‘The Way of the Househusband’ Anime

Shadow & Bone is a series based on Leigh Bardugo’s Grishaverse novels. It takes place in a war-torn world and follows map maker Aline Starkov who discovers that she might have the power that can save humanity from the Shadow Fold.

The Prenup centers on couple Wendy and Sean who meet on a plane to New York City and fall in love. They decide to go home to the Philippines to get married, only to find out that Sean’s wealthy parents won’t approve of the marriage unless the couple signs a prenuptial agreement. Sam Milby and Jennylyn Mercado star in this 2015 film.

Yasuke is an anime series about Yasuke, an African samurai who served under the Japanese daimyō Oda Nobunaga. Set in an alternate feudal Japan with magic, he must protect a mysterious child who is being targeted by dark forces and bloodthirsty wizards.

The Mitchells vs. The Machines
April 30

This animated comedy comes from the same people who gave us Spider-Man: Into the Spider-Verse. It centers on an ordinary family who goes on a road trip, only to find themselves in a quest to save the world from the robot apocalypse. The film’s voice cast includes Abbi Jacobson, Danny McBride, Maya Rudolph, Mike Rianda, Olivia Coleman, Chrissy Teigen, John Legend, Conan O’ Brien, Dough the pug, and more.

The Mitchells vs. the Machines