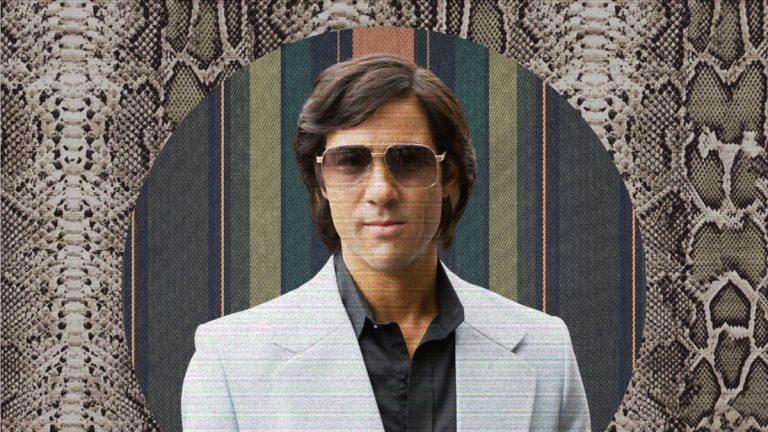 Q&A: Tahar Rahim on Becoming a Serial Killer in ‘The Serpent’

In this exclusive interview with ClickTheCity, the Golden Globe nominee talks about playing a serial killer in the upcoming Netflix limited series that's been a word-of-mouth sensation in the UK.

From heists to cons, serial killers to mind-boggling crimes, the True Crime genre has been showing us time and again how reality can be stranger than fiction. There’s a big following for real crime stories, and those inspired by real-life events — the fascination behind it I can often compare to the feeling one gets when watching a horror flick: fear. Many fans of true crime also get to immerse themselves in the role of backseat detective, taking a crack at understanding the mind of the world’s most notorious criminals.

ALSO READ:
10 True Crime Documentary Films & Series You Can Finish in One Sitting

What does it take to catch a killer?

For true crime fans seeking another dark tale to stream, the story of the notorious ‘Bikini Killer‘ in the 1970s is coming to Netflix as a limited series. The Serpent premieres on Netflix this April 2, and reveals the story of Charles Sobhraj, a conman who carries out a series of crimes with his girlfriend Marie-Andrée Leclerc on the Asian ‘Hippie Trail.’

Playing serial killer Charles Sobhraj (who by the way is still alive) is French actor Tahar Rahim, who was recently nominated for Golden Globe Best Actor in a Drama for his role in The Mauritanian (which is also based on a true story).

In this exclusive interview, we catch up with Tahar Rahim via Zoom as he talks about ‘The Serpent’ and the challenges of playing a serial killer for the upcoming Netflix series:

Hi, Tahar! Hello from the Philippines.

Tahar Rahim: Hello Bea! Lucky you, I can see the sun right behind you.

Let’s start off with how you were first introduced to the crimes of Charles Sobhraj. I read in an article that as early as you were a teenager, you already read about him?

Yes. When I was 16 or so I went into my brother’s room and then on his nightstand was the book. I read the synopsis and, I wanted to read the book and I read it all. It was like watching a movie to me. I think I got fascinated by the story because I wanted to be an actor and I was reading about in a way, an actor taking different identities. And he’s French as well. So that might be the reason why I fantasized about it in a way. And, later on, the movie was meant to be made by William Friedkin and Benicio Del Toro. So I got a little disappointed, but it never happened. And 20 years later I had this email with the offer and I was pleased because I thought it was a sign of fate. I always wanted to explore evil in my characters and this one was the perfect role.

I agree. I was just like you, it was impossible for me. So hard. I mean, how could I possibly understand someone who’s doing those horrible things? I was like, okay, I was trying. I’m trying from inside as I usually do. And it didn’t work. So I tried the other way around, to create him from outside. So what my directors and the team [did], we built his look, the way he talked, all his physicality and it was not enough.

So I thought of an animal. And guess what? I picked a snake. [Laughs] So that’s what I did, but I had to find the right snake. And I thought of the Cobra. The cobra is just like him. Very still. When he hunts his prey, you don’t see him coming. It’s very still and hypnotizing at the same time. It was the right animal. But it was not enough.

So we had to make our own choices with the director. And the first two weeks of the shooting were very hard for me because I couldn’t even take a decision alone. I was not really in it, trying to understand, always. And after two weeks, Nadine Gires, the real Nadine, she came on set. And she was very honest. She speaks her mind. So she started to say, it’s not the right car, Kanit House was different. So I got scared. I was like, yeah, she was going to crucify me! And she said, ‘I got scared when I saw him. I felt like I was seeing Charles. And that brought me back in time.’

So she got really scared. You could tell that the trauma was still there. And so I took the opportunity to talk to her, and I asked her some questions just to check if we took the right decisions. And we were exactly right. So I went to my director and I told him, listen, man, we got it. We’re on the right track. So let’s keep going. That helped me a lot, but it was still not enough. So, I did two things as I had to focus to be very focused. And, you know, you saw it. It’s just a hard part. He is playing God, right? Thinks he’s a king. And I remember, I recall the conversation I had with Mark Strong. A very good English actor playing my father, a king, in a movie we did 10 years ago.

And he told me something very important. He said, when you play the King, you don’t play the King. You don’t play the King. You let the other ones play the fact that you are the King. So, in order to get really focused and to create something real on the set, I didn’t want to talk to my partners except for Jenna [Coleman]. She [as her charcter Marie-Andrée Leclerc] is involved in this criminal life. Then they would come to me asking, what did you eat last night? And I wouldn’t even answer. So we’ve created something that was not to be acted upon anymore. Because it was there. Each time I would come on set, they would talk differently, maybe more quietly, and move differently. They knew Charles was here. So it helped me a lot. And still, the only connection I found with him was this line in episode three, when he talks to Marie-Andrée. The first time they get in Kanit House. He tells her, “If I had to wait for the world to come to me, I’d be waiting still, everything I ever wanted, I had to take it.”

And that’s what happened with my acting life. I come from a working-class family, in a suburb, in the countryside. None of the members of my family are connected to the business. So I had to go in Paris and take it. And from then on, it was okay. I felt like I was in the right place. I can’t explain how and why, but I felt I was there.

There’s this chilling duality also to Charles’ personality. Like he’s menacing, but for some reason, he’s morbidly seductive. People are just fascinated and pulled toward his character. So how are you able to balance this sinister side and also this sort of intriguingly attractive side to his character?

This is something we had to keep in mind every second of the shooting. We talked about it a lot with Tom [Shankland, Director and Executive Producer]. We wanted Charles to be scary, attractive, and hypnotic at the same time. And, you know, the line between being ridiculous and at the right place is very thin. So we were very aware of that. So, we we work towards this direction. And as I said before, it was a lot about the body language. And everything I would like to say with my hands or my body, had to be said through my eyes. And he’s got such a deep self-confidence. It was like, everywhere you go, you got to feel that you own the place. It’s yours. People are yours, everything is yours. He has been escaping from justice so many times that he is like, “I’m invincible. I can do it all the time.” And that’s what happened for decades. So that’s the way we want it, we tried to create it.

If there was a chance for you to meet the real-life Charles in person, what would be the first thing you would ask him or tell him?

I didn’t want to meet him. I thought about it, for many reasons, you know? I’m playing a real life person, he is still alive. To build my character. That’s what I do, usually. That’s what I did with Mohamedou [Ould Salahi, for The Mauritanian] with, Ali Soufan [real-life FBI agent he portrayed in The Looming Tower]. But this time, out of respect for the victims and their families, I didn’t want to meet him. I didn’t want to give him more attention, more importance. And plus he’s always asking for money to get interviewed! So I’m not going to pay a killer, right? [Laughs] But I wanted to meet him to see how he would try to con me… but I didn’t.

Now that you’ve had the chance to embody this notorious con artist for the series, do you feel that you can actually detect one? Sniff out a conman in real life? And what are those telltale signs that a person is trying to con you?

I don’t know. It’s very complicated. When I did my research, there’s a lot of things in common with serial killers when they were kids. There is this thing called the MacDonald Triad, which is set things on fire, enuresis [bed-wetting], and harm or kill animals. Plus being abandoned by their fathers and mistreated by their moms. That’s exactly what happened to him, but it doesn’t mean that you will become a killer if you have those characteristics, you know? But it happened. And I don’t know if I could recognize one, I tell you. I’m not an FBI agent. But what I know for certain is that they know exactly how to pick their victims.

Then, no. Because I thought if I was in the hippie trail and I would meet this man… He wouldn’t have had me, I thought, you know? And that’s where it was hard for me to understand him because I was like, I can’t be able to see him con me! But I came to realize that they know exactly who they’re hunting. If it doesn’t work here, they shift there, instantly.

Inspired by real events, the eight-part limited series The Serpent premieres on Netflix this April 2, 2021. Follow Tahar Rahim on Instagram.

Produced by
BBC One, Netflix 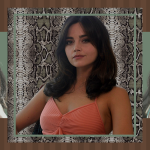 From 70s fashion to playing a serial killer's partner in crime, the British actress shares all about her role in 'The Serpent.' 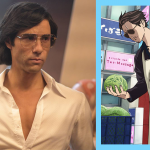