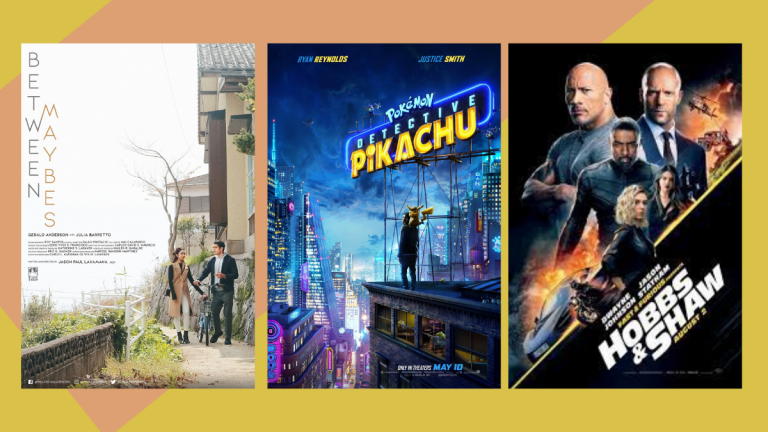 Isn’t it a bummer when you see your favorite movie already playing halfway through when you turn on the TV? Fret not! From rom-com and action to horror and thriller, we’re giving you a heads up on all the must-watch movies on TV from March 8 to 14, 2021.

Ava
(2:05pm, FOX Movies)
An assassin becomes marked for death by her own black ops organization after questioning orders and breaking protocol.

Mr. & Mrs. Smith
(3pm, HBO)
A husband and wife struggle to keep their marriage alive until they realise they are both secretly working as assassins. Now, their respective assignments require them to kill each other.

Spider-Man 3
(10pm, Cinemax)
Peter Parker becomes one with a symbiotic alien that bolsters his Spider-Man avatar and affects his psyche. He also has to deal with Sandman and maintain a fragmented relationship with Mary Jane.

Death Of Me
(2:25pm, FOX Movies)
A vacationing couple must unravel the mystery behind a strange video that shows one of them killing the other.

The Lake House
(5:30pm, HBO)
Love blooms when Kate, a doctor, exchanges letters with Alex, an architect who is fed up with his life. Unknown to them, they lead lives two years apart.

Between Maybes
(7pm, Cinema One)
A man lives as a recluse in Japan until a washed up actress arrives. As he checks up on her, the two lost souls find comfort in each other.

Alvin And The Chipmunks: The Road Chip
(3:40pm, HBO)
Alvin, Simon and Theodore believe that Dave is going to propose to his girlfriend Samantha in Miami. In a bid to retain their place in Dave’s life, the three set out to stop him.

Into The Storm
(6:25pm, Cinemax)
After learning about some major developing storms, Pete, a storm chaser, heads to Silverton to film the tornadoes. However, he discovers that a tornado is now heading towards a high school.

Gravity
(7:30pm, HBO)
On an outer space mission, Dr Ryan Stone, an engineer, and Matt Kowalski, an astronaut, are hit by high-speed space debris. As the situation gets dire, Stone, the lone survivor, rises to the occasion.

Survive The Night
(9pm, FOX Movies)
A trauma doctor is forced to operate on a wounded gunman as he and his family are held hostage by the man and his unhinged brother.

Harry Potter And The Order Of The Phoenix
(2:25pm, HBO)
Harry Potter and Dumbledore’s warning about the return of Lord Voldemort is not heeded by the wizard authorities who, in turn, look to undermine Dumbledore’s authority at Hogwarts and discredit Harry.

Para Sa Hopeless Romantic
(7pm, Cinema One)
A student writer struggles to find a happy ending to her romantic novel after her real-life romance falls apart.

Unexpectedly Yours
(7pm, Cinema One)
On the eve of her 50th birthday, Patty finds her drunk and desperate self in the arms of Cocoy. As it turns out, Cocoy is not only her neighbor, but her old high school schoolmate who’s always been secretly in love.

The Karate Kid (2010)
(9pm, FOX Movies)
Dre, a young boy, finds himself bullied by Cheng, a rebellious kung fu prodigy at his school. However, things change after he befriends Mr Han, a maintenance man, who happens to be a kung fu expert.

Charlie’s Angels: Full Throttle
(2:40pm, Cinemax)
The Angels track down rings containing the names of those in the FBI’s witness protection programme. However, the witnesses begin to get murdered one by one.

Pokemon Detective Pikachu
(5:20pm, HBO)
After the demise of his father, Tim travels to Ryme city where he runs into his father’s Pokemon partner, Pikachu. They team up and try to work on the case left unfinished by Tim’s father.

Always Be My Maybe
(5pm, Cinema One)
After being dumped by their respective lovers, Jake and Tintin cross paths at a resort and discover they have much in common.

Hancock
(8:30pm, Cinemax)
John Hancock is a reckless superhero whose chaotic efforts have made him wildly unpopular. However, his life changes when a PR expert offers to help him improve his public image.

Fast & Furious: Hobbs & Shaw
(9pm, HBO)
US agent Luke Hobbs and British mercenary Deckard Shaw are forced to put their rivalry side and work together to stop a genetically enhanced supervillain.

The Shallows
(9pm, FOX Movies)
Nancy travels to a secluded beach following the death of her mother. While surfing, she gets attacked by a great white shark, which leaves her stranded on a rock 200 yards from the shore.

Alvin And The Chipmunks: The Road Chip