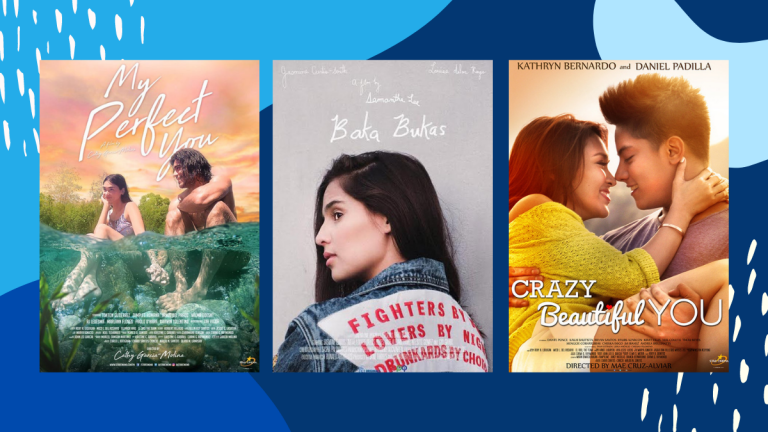 Plan your movie marathons in advance, as we round up films showing on Cinema One channel for the month of March!

Enjoy movie marathons at home with the family this March as Cinema One rounds up blockbuster movies featuring Kathryn Bernardo, Gerald Anderson, and more!

Plan your TV marathon in advance, as we round up Cinema One movies this March 2021:

Wendy is a former child performer who lost her star after a tantrum went public. She tries to reclaim her former glory by auditioning for reality shows and contests in able to provide for her family.

This film is inspired by the Solante urban legend about a little girl carrying a headless doll who asks passersby to help her get home.

Two brokenhearted people meet and find some comfort in sharing their experiences with each other.

It tells the accidental meeting of Burn who is lost in his life after a heartbreak, and Abi who is the lively owner of a hostel, Happy Sunshine Camp.

A spoiled young girl is forced to tag along with her mom on a medical mission in Tarlac. There she meets a young man from a different world who shows her another side of life.

A young couple dream of growing old together as they deal with the struggles of being in a long-term relationship.

Rocky is tired of being the rebound after her boyfriend dumps her for his ex. She makes rules for herself to avoid the situation but is immediately challenged when she makes a connection with another heartbroken young man.

Fe meets and falls in love with Wade. Wanting to attract her handsome crush, she uses a magic potion so that he would see her as the most beautiful person.

Alex is a twenty-something creative in Manila. She is out to most people, except for her best friend Jess who she’s in love with.

Veteran horror movie extra Lilia Cuntapay has been nominated for an acting award for the first time in her life. As she prepares for the ceremony, she continues to live a life that melds fantasy and reality.

ALSO READ:
The Truth in the Fiction: ‘Six Degrees of Separation from Lilia Cuntapay’ Movie Review

For more Cinema One movies this March and for daily schedules of Cinema One, click here.