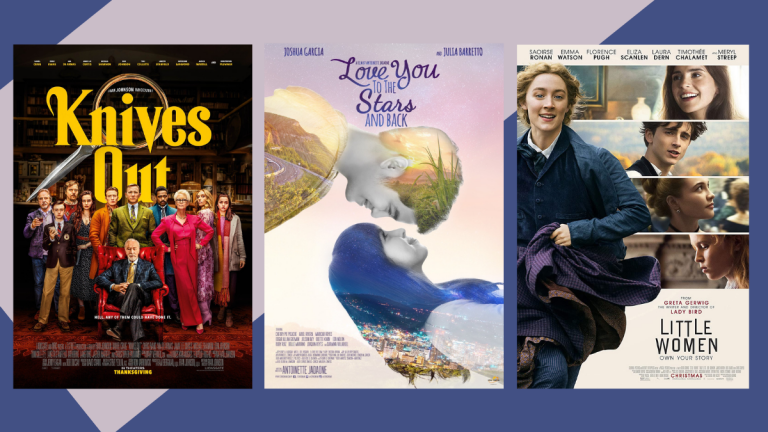 Here are all the movies on TV this week!

Isn’t it a bummer when you see your favorite movie already playing halfway through when you turn on the TV? Fret not! From rom-com and action to horror and thriller, we’re giving you a heads up on all the must-watch movies on TV from February 15 to 21, 2021.

I Love You, Hater
(12nn, Cinema One)
A boy tries to help his family survive while a girl hopes to prove herself.

Spider-Man 3
(3:25pm, Cinemax)
Peter Parker becomes one with a symbiotic alien that bolsters his Spider-Man avatar and affects his psyche. He also has to deal with Sandman and maintain a fragmented relationship with Mary Jane.

Alvin And The Chipmunks
(4:30pm, HBO)
Dave Seville teams up with three musically-inclined chipmunks in order to make a mark in the industry. However, Ian Hawk, a greedy record producer, tries to split the group and exploit the chipmunks.

Little Women
(5:10pm, FOX Movies)
While the March sisters enter the threshold of womanhood, they go through many ups and downs in life and endeavour to make important decisions that can affect their future.

Vince & Kath & James
(3pm, Cinema One)
Love can be complicated, especially when Vince agrees to secretly woo Kath via text on behalf of James, while falling for her, too.

The Notebook
(5:10pm, HBO)
Duke reads the story of Allie and Noah, two lovers who were separated by fate, to Ms Hamilton, an old woman who suffers from dementia, on a daily basis out of his notebook.

Charlie’s Angels
(5:20pm, Cinemax)
Natalie, Dylan and Alex are three beautiful and uniquely talented tough girls are given the task of finding the kidnapped owner of Knox Enterprises, Eric Knox, by their millionaire boss, Charlie.

The Mall, The Merrier
(9:30pm, PBO)
Two siblings fight for ownership of their parents’ mall.

Babe, I Love You
(11:30am, Cinemax)
A wealthy architecture professor (Sam Milby) falls in love with a working-class woman (Anne Curtis) who works as a promo girl.

Just Go With It
(1:25pm, HBO)
A plastic surgeon convinces his assistant to join him along with his young girlfriend on a trip to Hawaii and pose as his ex-wife to cover up a lie, but he ends up complicating the situation further.

The Amazing Spider-Man 2
(4:40pm, FOX Movies)
Spider-Man embarks on a mission to protect his loved ones when OsCorp, owned by his childhood friend Harry Osborn, unleashes a slew of genetically-modified villains against him.

No Other Woman
(7pm, Cinema One)
A woman discovers that her husband is having an affair with a customer’s daughter.

Hancock
(10pm, Cinemax)
John Hancock is a reckless superhero whose chaotic efforts have made him wildly unpopular. However, his life changes when a PR expert offers to help him improve his public image.

Clueless
(3:55pm, HBO)
Cher is a rich high-school student who is learning to cope with adolescence and its problems. She also helps a new student gain popularity and in the process discovers her own feelings.

Into The Storm
(4:45pm, Cinemax)
After learning about some major developing storms, Pete, a storm chaser, heads to Silverton to film the tornadoes. However, he discovers that a tornado is now heading towards a high school.

Inception
(9pm, HBO)
Cobb steals information from his targets by entering their dreams. Saito offers to wipe clean Cobb’s criminal history as payment for performing an inception on his sick competitor’s son.

The Karate Kid
(9pm, FOX Movies)
Teenager Daniel LaRusso is bullied by Johnny Lawrence, who is adept at martial arts. In order to defend himself, he tries to learn karate from Mr Miyagi, his apartment’s kindly handyman.

The Vow
(11:45am, FOX Movies)
Paige meets with a terrible accident which leaves her in a coma. When she wakes up, she doesn’t recognise her husband Leo, who then tries to win her back by courting her again.

Crazy Beautiful You
(1pm, Cinema One)
Jackie is taken on a medical mission to calm her rebellious spirit. When she arrives she meets Kiko, and the two discover something crazy and beautiful together.

Angel Has Fallen
(10pm, Cinemax)
Mike Banning, a secret service agent, is assigned to protect the US president. Things take a turn when Mike is falsely accused of carrying an attack on the president while on a fishing trip.

Love You To The Stars And Back
(1pm, Cinema One)
Feeling out place in her own home, an eccentric and socially awkward girl, Mika, decides to go on a road trip with a very strange goal, to look for aliens. In her trip, Mika accidentally bumps into a simple and good-humoured boy, Caloy, whom she chooses to give a free ride to until he reaches his destination.

Abominable
(3:50pm, HBO)
After discovering a yeti, three friends embark on a quest to reunite the creature with his family. However, they must keep him safe from a wealthy man and a zoologist who want to capture him.

Transformers: The Last Knight
(3:55pm, FOX Movies)
Quintessa brainwashes Optimus Prime and heads to Earth to search for an ancient staff. Cade, Bumblebee and the Autobots race against time to find it, while also escaping an anti-Transformers force.

Kita Kita
(5pm, PBO)
In one horrible moment, her entire world clouds over. It takes an unlikely stranger to help her see its beauty again.

The Intern
(5:25pm, HBO)
Ben Whittaker, a 70-year-old widower, realises that he is not cut out for retirement. He then applies to become a senior intern for a sceptical boss at an online fashion site.

Joker
(9pm, HBO)
Forever alone in a crowd, failed comedian Arthur Fleck seeks connection as he walks the streets of Gotham City. Arthur wears two masks — the one he paints for his day job as a clown, and the guise he projects in a futile attempt to feel like he’s part of the world around him.

Knives Out
(9pm, FOX Movies)
The circumstances surrounding the death of crime novelist Harlan Thrombey are mysterious, but there’s one thing that renowned Detective Benoit Blanc knows for sure — everyone in the wildly dysfunctional Thrombey family is a suspect.