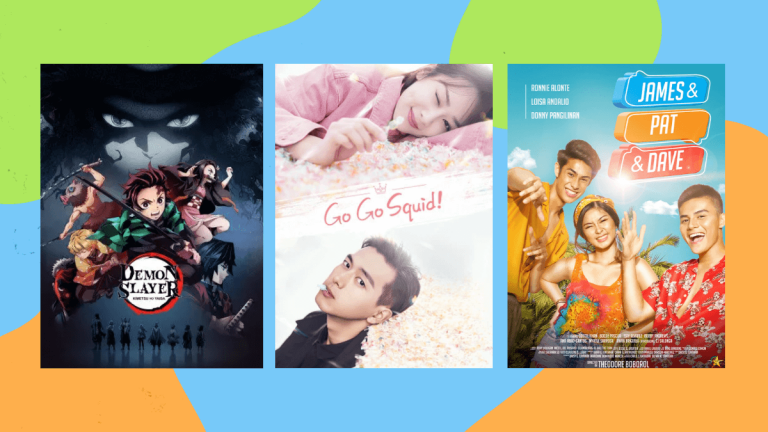 10 Movies and Shows You Can Now Stream on WeTV

Here are some of the flicks, dramas, and anime series you can stream on WeTV!

Can’t get enough of binging shows and films online? If you’re looking for another streaming platform where you can watch for free, or subscribe to for more content, WeTV is worth checking out!

WeTV offers a variety of Asian dramas, anime, and films. There are free titles, but those who will avail their VIP subscription with a monthly price of P99 (P269/ Quarterly; P999/ Annually) can enjoy more titles, watch the latest content in advance, and skip ads!

Here are some of the films and shows that are currently up for streaming on WeTV.

Miracle in Cell No.7

Miracle in Cell No.7 is the Filipino remake of the hit Korean film of the same name. It follows Joselito, a mentally-ill man who is wrongfully accused of sexual assault and murder. With the help of his cellmates, Joselito gets reunited with his little daughter, Yesha, while the death sentence looms over him.

Ever since the death of the Kamado family’s patriarch, Tanjirou has been supporting his mother and siblings. One day, when he returns home from selling coal down the local village, he is met with a devastating sight– his whole family had been slaughtered by the fabled flesh-eating demons. He then discovers that his sister Nezuko, survived the attack, only to realize that the demons turned her into one of them.

PJ, a pre-med student gets assigned to a patient who had a bitemark on her leg and exhibited symptoms of rabies before dying. Soon, the patient comes back to life and infects everyone. With the campus on lockdown, PJ must reunite with her blockmates and try to survive the onslaught of the undead.

The Legend of Fei

This Chinese drama based on the novel Bandit is about the warriors and bandits protecting the 48 Strongholds of the Shu Mountains. It follows Zhou Fei, a descendant of the man who built the fortress that was meant to protect the mortals from supernatural threats. With the warrior Xie Yun, Fei gets into epic battles against evil forces that want to wreak havoc across the land.

My ID is Gangnam Beauty

Starring Cha Eun-woo of True Beauty, this drama series based on a manhwa follows a girl who was being bullied due to her “ugly appearance”. Because of this, she undergoes cosmetic surgery and starts a new life at the university, where she experiences unexpected struggles and finds true love in the process.

Attack on Titan, including its latest season, is also streaming on WeTV. Set in a world where humanity survives by hiding behind giant walls, protecting them from the flesh-eating Titans that roam the other side. Eren and his childhood friends who survived the attack of the Titans when they were kids, join the Survey Corps– the government’s military arm tasked to fight and study the mysterious Titans.

My Girlfriend is an Alien

Chai Xiaoqi is an alien girl from ‘Cape Town Planet’ who got stranded on Earth. She saves the life of Fang Leng, the overbearing President of “Future Group of Companies”, from a car accident and an intergalactic romance buds between the superpowered alien and the arrogant human she saved.

To support her brother’s studies, assistant hostel manager Pat Reyes takes the job of training her boss’s “exiled” grandson, James, as a hostel employee. As Pat struggles to straighten up the hardheaded James, she is faced with another dilemma– her ex Dave returns to her life. She asks James to pretend to be her boyfriend to get rid of Dave, but they soon find themselves falling for each other for real.

One of the most popular Park Seo Jun dramas, What’s Wrong with Secretary Kim is about the self-centered Yumyung Group vice chairman Lee Young Joon and his secretary Kim Mi So. When Kim, who has worked for him for nine years, suddenly resigns, Lee decides to do everything to keep her from leaving.

Tong Nian is a singer who has thousands of followers online. When she encounters Han Shang Yan, a computer genius and a legend in the world of professional gaming, she quickly falls for him. Despite Han Shang Yan’s cold personality, Tong Nian is persistent and tries to capture the attention of the guy she loves.

My ID Is Gangnam Beauty