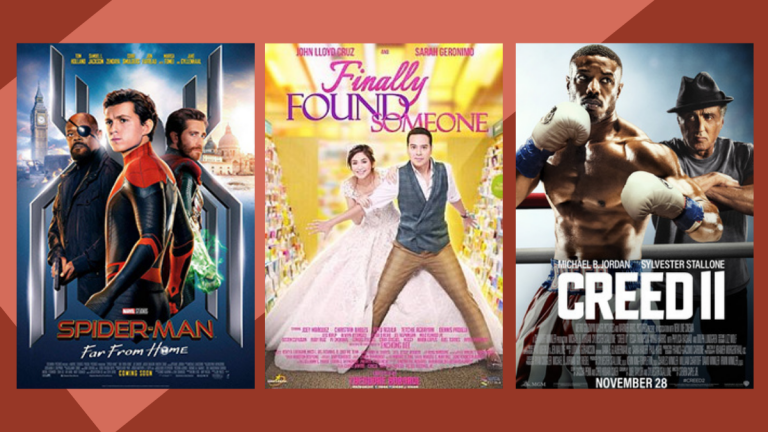 Isn’t it a bummer when you see your favorite movie already playing halfway through when you turn on the TV? Fret not! From rom-com and action to horror and thriller, we’re giving you a heads up on all the must-watch movies on TV from January 25 to 31, 2021.

The Dark Knight Rises
(12:20pm, Cinemax)
Bane, an imposing terrorist, attacks Gotham City and disrupts its eight-year-long period of peace. This forces Bruce Wayne to come out of hiding and don the cape and cowl of Batman again.

2 Fast 2 Furious
(7:15pm, Cinemax)
Brian, a former officer, partners with Roman Pierce, his ex-convict friend. As a part of a deal with the FBI, Brian and Roman have to bring down Verone, a drug lord, to erase their criminal record.

Thor: The Dark World
(4pm, FOX Movies)
Thor sets out on a journey to defeat Malekith, the leader of the Dark Elves when he returns to Asgard to retrieve a dangerous weapon and fulfill his desire of destroying the Nine Realms.

Harry Potter And The Deathly Hallows – Part 1
(6:35pm, HBO)
After Voldemort takes over the Ministry of Magic, Harry, Ron and Hermione are forced into hiding. They try to decipher the clues left to them by Dumbledore to find and destroy Voldemort’s Horcruxes.

Harry Potter And The Deathly Hallows – Part 2
(9pm, HBO)
Harry, Ron and Hermione race against time to destroy the remaining Horcruxes. Meanwhile, the students and teachers unite to defend Hogwarts against Lord Voldemort and the Death Eaters.

Ex With Benefits
(9:30pm, PBO)
Arkisha will do anything to keep her ex in her life.

Child’s Play 3
(11:40pm, Cinemax)
Killer doll Chucky is back after eight years and now he is trying to possess another boy. Andy, Chucky’s previous victim, is the only one who knows this and tries to stop the evil doll.

The Wedding Year
(3:15pm, HBO)
A commitment-phobic 27-year-old’s relationship is put to the test when she and her boyfriend attend seven weddings in the same year.

Spider-Man
(5:55pm, Cinemax)
Peter Parker, a shy high school student, is often bullied by his classmates. However, his life changes when he is bitten by a genetically altered spider and gains superpowers.

22 Jump Street
(10:35pm, FOX Movies)
Schmidt and Jenko, two undercover cops, are sent on a mission to a college to investigate the use of a recreational drug known as WHYPHY. Their bond is tested when Schmidt befriends a girl, Maya.

The Curious Case Of Benjamin Button
(3:10pm, HBO)
As a child, Daisy meets Benjamin Button who suffers from a rare ageing ailment that makes him age backwards. They keep in touch as she gets older and he turns younger.

Chris Watts: Confessions of a Killer
(7:25pm, FOX Movies)
A man fails a lie detector test and confesses to brutally murdering his pregnant wife Shan’ann and their two young daughters.

Aquaman
(3:20pm, HBO)
Half-human, half-Atlantean Arthur is born with the ability to communicate with marine creatures. He goes on a quest to retrieve the legendary Trident of Atlan and protect the water world.

Charlie’s Angels: Full Throttle
(6:30pm, Cinemax)
The Angels track down rings containing the names of those in the FBI’s witness protection programme. However, the witnesses begin to get murdered one by one.

The Addams Family
(7:25pm, FOX Movies)
When an evil doctor learns about an eccentric family’s missing relative, she hires an imposter to masquerade as him so that she can loot the family.

Spider-Man 2
(6pm, Cinemax)
Peter Parker is dissatisfied with life when he loses his job, the love of his life, Mary Jane, and his powers. Amid all the chaos, he must fight Doctor Octopus who threatens to destroy New York City.

Angel Has Fallen
(7pm, HBO)
Mike Banning, a secret service agent, is assigned to protect the US president. Things take a turn when Mike is falsely accused of carrying an attack on the president while on a fishing trip.

Finally Found Someone
(9:30pm, PBO)
When a woman is left at the alter, the video goes viral online and a PR rep is hired to help her. In the end, they realise that they have fallen for each other.

Hereditary
(10:45pm, FOX Movies)
When the matriarch of the Graham family passes away, her daughter and grandchildren begin to unravel cryptic and increasingly terrifying secrets about their ancestry, trying to outrun the sinister fate they have inherited.

Marley & Me
(11:15pm, HBO)
A happily married couple’s life changes after they adopt a free-spirited pup named Marley who, along with his antics, manages to teach them and their children important life lessons.

Hancock
(2:10pm, Cinemax)
Ray decides to help Hancock, an unpopular superhero, enhance his public image. When Hancock meets Ray’s wife, he discovers that he is not the only one of his kind.

Godzilla: King Of The Monsters
(9pm, HBO)
The members of Monarch, an crypto-zoological organisation, must rely on the Godzilla and Mothra to defeat King Ghidorah and Rodan, after the former awakens other dormant Titans to destroy the world.

47 Meters Down: Uncaged
(9pm, FOX Movies)
Four teenage divers discover that the sunken ruins of a Mayan city are also a hunting ground for deadly great white sharks. With their air supply steadily dwindling, the frightened girls must navigate the underwater labyrinth of claustrophobic caves and eerie tunnels in search of a way out of their watery hell.

The Hangover Part III
(10pm, Cinemax)
The Wolfpack decides to help Alan after he faces a major crisis in his life. However, when one of them is kidnapped by a gangster in exchange for Chow, a prisoner on the run, they must find him.