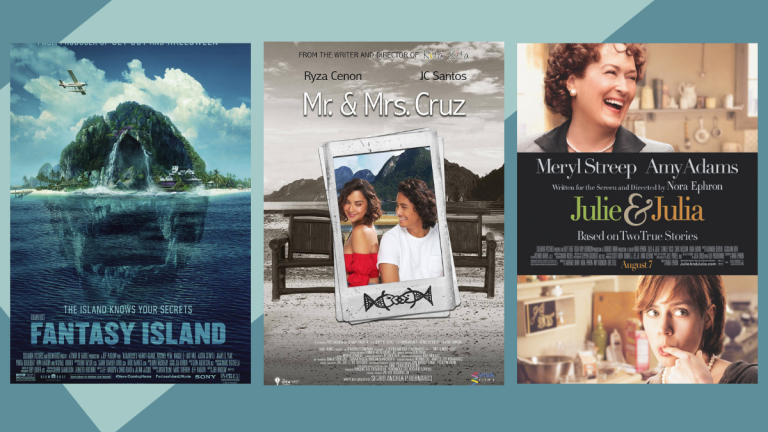 Isn’t it a bummer when you see your favorite movie already playing halfway through when you turn on the TV? Fret not! From rom-com and action to horror and thriller, we’re giving you a heads up on all the must-watch movies on TV from January 18 to 24, 2021.

G.I. Joe: Retaliation
(1:15pm, HBO)
The Joes are declared traitors by Zartan, and the Cobra Commander now has all the world leaders under his control. With nowhere to go, the remaining Joes turn to their original leader, General Colton.

The Dark Knight
(1:30pm, Cinemax)
After Gordon, Dent and Batman begin an assault on Gotham’s organised crime, the mobs hire the Joker, a psychopathic criminal mastermind who offers to kill Batman and bring the city to its knees.

World War Z
(2:10pm, FOX Movies)
Gerry, a former United Nations employee, unexpectedly finds himself in a race against time as he investigates a threatening virus that turns humans into zombies.

Toy Story 4
(5:25pm, FOX Movies)
Woody attempts to make Forky, a toy, suffering from existential crisis, realise his importance in the life of Bonnie, their owner. However, things become difficult when Gabby Gabby enters their lives.

Catch Me If You Can
(6:15pm, Cinemax)
Notorious con artist Frank Abagnale has duped people worth millions of dollars with his masterful art of deception. With his scams getting bolder, he is soon pursued by FBI agent Carl Hanratty.

Split
(11:15am, FOX Movies)
Kevin, who is suffering from dissociative identity disorder and has 23 alter egos, kidnaps three teenagers. They must figure out his friendly personas before he unleashes his 24th personality.

No Other Woman
(5:30pm, PBO)
A woman discovers that her husband is having an affair with a customer’s daughter.

Jerry Maguire
(6pm, HBO)
Fired from his job for exposing the alleged illegal practices that exist in his profession, sports agent Jerry Maguire starts his own agency. However, he manages to find only one client.

Zoolander 2
(5:20pm, FOX Movies)
After being in isolation for years, Derek and Hansel find themselves recruited by Interpol to unearth the mystery behind the assassinations of prominent celebrities from all over the world.

Till I Met You
(7:30pm, PBO)
Manuel, an elderly gentleman, falls in love with Luisa, a con artist posing as a wealthy socialite. Manuel’s trusted assistant becomes suspicious of Luisa and does everything he can to expose her.

22 Jump Street
(9pm, FOX Movies)
Schmidt and Jenko, two undercover cops, are sent on a mission to a college to investigate the use of a recreational drug known as WHYPHY. Their bond is tested when Schmidt befriends a girl, Maya.

In Time
(11:45pm, Cinemax)
In a future where people stop ageing after 25 and need to buy time to live, the rich become immortal while others cease to exist. So, Will is on the run with a hostage in a desperate bid to survive.

Charlie’s Angels
(4:55pm, Cinemax)
Natalie, Dylan and Alex are three beautiful and uniquely talented tough girls are given the task of finding the kidnapped owner of Knox Enterprises, Eric Knox, by their millionaire boss, Charlie.

Battleship
(6:50pm, HBO)
An international fleet of ships encounter an alien armada and discover their destructive goals. To defeat their enemies, they are forced to fight an intense battle on sea, land and air.

Mr. & Mrs. Cruz
(3:30pm, PBO)
Raffy and Gela find themselves taking off for Palawan to escape the not so great realities of their current lives and catch up on their respective me-time. But as fate would have it, they find themselves meeting and enjoying each other’s company.

Spider-Man 3
(7:40pm, Cinemax)
Peter Parker becomes one with a symbiotic alien that bolsters his Spider-Man avatar and affects his psyche. He also has to deal with Sandman and maintain a fragmented relationship with Mary Jane.

The Dark Knight Rises
(10pm, Cinemax)
Bane, an imposing terrorist, attacks Gotham City and disrupts its eight-year-long period of peace. This forces Bruce Wayne to come out of hiding and don the cape and cowl of Batman again.

It: Chapter 2
(11:55pm, HBO)
After 27 years, the Losers Club receive a call from their friend Mike Hanlon that Pennywise is back. They decide to honour their promise and return to their old town to end the evil clown for good.

Till I Met You