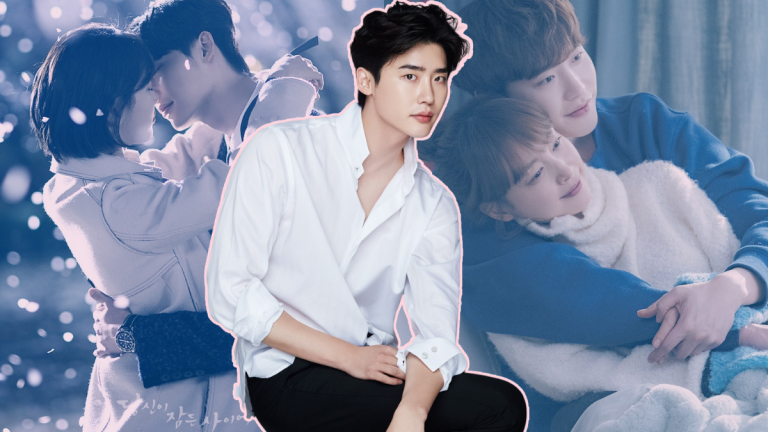 Which of these will you be watching and re-watching asap?

If you’re one of those who saw Lee Jong Suk in any of his previous projects, chances are you’ve already fallen for his charms and talents. We feel you. It’s also totally understandable that you’re currently missing him ~an unhealthy amount~ especially since we haven’t gotten any new dramas from him in so long, with him serving his mandatory service.

Here’s good news for you then: the 31-year-old actor is finally back! With a quick Instagram post announcing his return, fans are undeniably excited to see him again on-screen! However, since we still don’t have any official news on his comeback project, we’re stuck to watching and rewatching his previous dramas, at least for now!

From School 2013 to Romance is a Bonus Book, here’s a quick list of Lee Jong Suk dramas to watch right now:

School 2013 is a drama set in Seungri High School, which is known for being one of the worst schools in Seoul, based on academics. It centers on Kang Se Chan and Jung In Jae, two teachers who become the homeroom teachers of class 2-2 and help the class advance to senior year. There, they encounter many problems, including bullies, underachievers, and their co-teachers.

Here, Lee Jong Suk stars alongside Woo Bin as Go Nam Soon — one of the students of the school. Other members of the cast include Jang Na Ra, Choi Daniel, and Park Se Young.

Where to Watch: Viu / Rakuten Viki

Lee Jong Suk, Bae Suzy, and Jung Hae In star together in the 2018 drama While You Were Sleeping. The drama follows Suzy’s Nam Hong Joo, a reporter who gets bad premonition dreams before they happen but is always unable to change the future. This changes when she meets the prosecutor Jung Jae Chan and the police officer Han Woo Tak, who have the same ability as her. These three individuals then try to discover what brings them together while protecting their loved ones.

The Hymn of Death

The Hymn of Death is a 6-episode drama based on the real story of Kim Woo Jin and Yoon Shim Deok. Lee Jong Suk plays Kim Woo Jin, a stage drama writer who lived during the Japanese occupation. He falls in love with Shin Hye Sun’s Yoon Shim Deok, a soprano singer who records the song “Praise of Death” — the first Korean pop song.

In Doctor Stranger, Lee Jong Suk plays a genius heart surgeon Park Hoon who was kidnapped by North Korea, alongside his father. There, he is trained to become a doctor, until he flees to South Korea to work in its top hospital so he can bring his North Korean lover to him.

This drama centers on Park Shin Hye’s Choi In Ha, a broadcast journalist suffering from a condition known as “Pinocchio syndrome,” making her break out into hiccups whenever she lies. Together with other rookie reporters, they try to pursue justice and discover the truth through their jobs.

Here, Lee Jong Suk plays Choi Dal Po, a young guy who becomes a reporter to prove his family’s innocence after a news report destroys his family. Other members of the cast include Kim Young Kwang, Lee Yoo Bi, Jin Kyung, and more.

W: Two Worlds centers on the cardiothoracic surgeon Oh Yeon Joo, who gets in the world of her father’s webtoon after he mysteriously goes missing. It’s there that she encounters Kang Cheol, the main character of her father’s webtoon, who is bloodied on top of a building. She then discovers that she can enter and leave the world of the said webtoon depending on Kang Cheol’s feelings.

Here, Lee Jong Suk plays Kang Cheol, a webtoon character who is out to take revenge on the Murderer who killed his parents. He stars in this drama alongside Han Hyo Joo, Kim Eui Sung, Lee Tae Hwan, and more.

Romance is a Bonus Book

In Romance is a Bonus Book, Lee Jong Suk plays Cha Eun Ho, a writer who’s become the youngest chief editor at a publishing company. He becomes involved with Kang Dan Yi, a single mom who’s also his childhood friend. Because she is struggling to get back on her feet and find a job, Eun Ho helps her work in his company, where they get more involved in each other’s lives.

I Hear Your Voice centers on Jang Hye Sung — a lawyer who comes to a realization about society after meeting Park Soo Ha, a boy who reads people’s thoughts, and Cha Kwan Woo, a lawyer living a disciplined life. These individuals then work together to find justice and solve the cases with little to no chance of winning.

Which of these Lee Jong Suk dramas is your favorite? Share it with us on the comments!