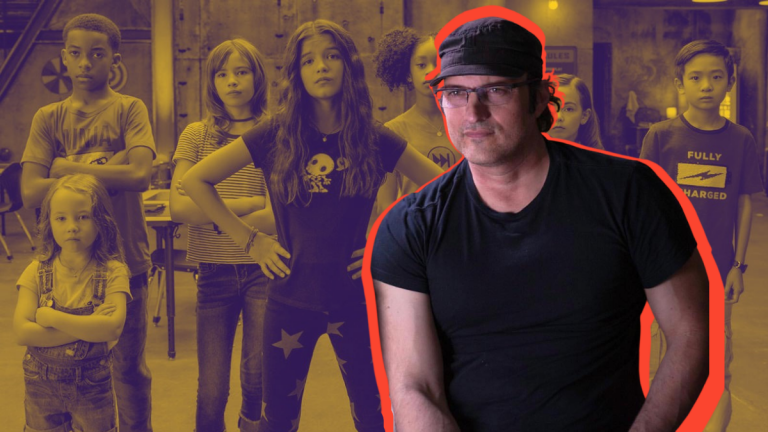 Q&A: Director Robert Rodriguez on His Newest Family Live-Action Film ‘We Can Be Heroes’

Filmmaker Robert Rodriguez shares his inspiration for the film, and what was it like working with eleven children.

Written and directed by Robert Rodriguez, We Can Be Heroes is a stand-alone sequel to The Adventures of Sharkboy and Lavagirl. The film centers on the Heroics’ children who must team up to save them when aliens invade Earth and kidnap them.

In a roundtable interview, we had the chance to speak with filmmaker and visual effects supervisor Robert Rodriguez. He is known for his movies like Sin City, Spy Kids, The Adventures of Sharkboy and Lavagirl, Machete, and Alita: Battle Angel. In this interview, Rodriguez shares his inspiration for We Can Be Heroes, what it was like working with eleven children, and more. Read the full interview below:

What was your inspiration for this film?

Robert Rodriguez: Netflix came to me and said “We love your family films like Spy Kids and Shark Boy. They do really well in our service, kids watch them over and over again. It’s very rare, no one does these live-action kids.” And I was like, “Wow, really? I love making those movies but because parents would maybe take their kids to see it at the theater maybe once or twice and the kids would see it 100 times at home, no one knew how successful these movies really were.”

So it didn’t really help our box office that they only saw it like once or twice in the theater. It didn’t make business sense to make a lot of them later thought I loved making them. But for Netflix, kids don’t have to be driven to the theater and have to wait for someone to take them. They can just click the button and watch as many times as they want and Netflix can keep track of the metrics.

I actually came up with the idea in the room while they’re asking me to do one. I thought We Can Be Heroes, kids are superheroes. So I went home and worked on it with my kids. We came up with sixteen superpowers that the kids would have and had to cut out some of them because it’s too many, and ended with eleven, which was a lot.

Missy Morano’s name is actually from my daughter’s nickname. She’s also a singer so she inspired Acapella, she also draws so she inspired the girl who draws. And she drew all the drawings in the move real-time on the set for me, for the iPad shots. Just like my daughter alone, inspired some of the characters.

Our father-daughter relationship is like Pedro Pascal and Missy [YaYa Gosselin] and I wanted to have a record of that relationship because we’ve just had such a great relationship this whole time. I’m so excited because it’s my favorite type of movie to make and family’s always been so important to me.

With Sharkboy and Lavagirl making a comeback, what are the possibilities for the same to happen with Spy Kids?

Robert Rodriguez: Oh, I can’t say anything right now but I would love to. I love all those creations. They’re originals and when you make those things, you can always bring them back. It would be really fun to reboot now that I’m working with my kids. They told me that they had such a great childhood and they’d want to give that back to other kids. Let’s see how this movie does and if it goes well, maybe we can reboot some of the other ones.

Is there a secret sauce to directing children?

Robert Rodriguez: Yes, there is… In the other movies I did, sometimes it would be as many as four kids at a time, not eleven. But I’m from a family of ten so that just gave me flashbacks to growing up.

Part of it is wanting to give them confidence right away because they’re coming in with so many other characters. They’re all going to wonder if they’re good enough so you want to ignite their creativity and self confidence. We would do drawing sessions right away because I know there’s a bunch of kids that can draw and there’s a bunch who can’t or don’t draw. So by making them draw together, they would see that they’re actually more talented than they thought and it gives them confidence.

What makes a good superhero movie? Do you have a formula for it?

Robert Rodriguez: Superhero movies are just a genre and they’re really popular right now but in the old days, it was Westerns. There were so many different types of Westerns that could tell different types of stories depending on that tale you’re trying to tell. And then George Lucas came around and said, well, as an alternative to Westerns, we’ll do space Westerns and that is very viable even today.

The superhero genre came about because someone finally figured out how to take the mythologies in its comic books and make a film that was as robust and as satisfying as the comics were. So now, that mythology is around. That’s why it’s a fun genre to work in but when it really comes down to is the people, the characters, the moral question they’re trying to get past. You can explore a lot of morality and values through the genre of superheroes because it’s fun. But you can go deeper than that, and you can tell the deep story using the genre.

We Can Be Heroes premieres on Netflix on December 25, 2020. Stream it here. 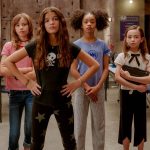 Q&A: 'We Can Be Heroes' Cast on Superpowers and Working with Director Robert Rodriguez

We had the chance to speak with two of the talented and adorable cast members YaYa Gosselin and Vivien Blair. 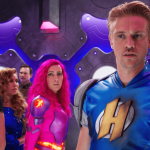 WATCH: Netflix Drops Official Trailer for 'We Can Be Heroes'

When the Heroics fall, their kids will rise to save the world! 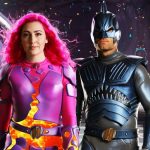 The iconic superheroes from our childhood are back!