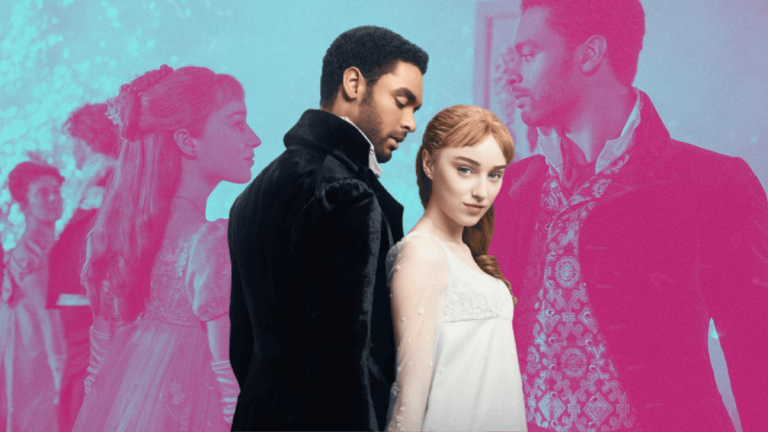 Anthony loves his family, but he struggles with his duty as the eldest. What do you think motivates the man?

Jonathan: To be honest, I don’t think he knows. I think he’s really lost. It’s sort of like Russian dolls, you have a big exterior, and a tiny one inside. He doesn’t quite have the ones in between. And he’s a very young boy and I think what I found really interesting is this idea that they lost their father and I think for him at that age, what it means to be the heir and to lose your father but also at 19, I think they’re probably very close and so I think he’s really suffering. And he really does mean well but I just don’t think he has any understanding of how to treat people.

He loves people but it’s kind of toxic and I think it’s that horrible thing where he’s holding onto some and he just seems to slip. But you know, he’s got a long way to go. And so it’s brilliant to start him there, but I think at the moment he’s gonna have to stand back and [really take] a moment for himself to work out what makes him tick, and hopefully [we] will get a chance to see that.

Were you able to relate to your character in this show?

Nicola: Yes, it was actually in a lot of ways. I’ve been very lucky that my best friend I have now has been my best friend since I was seven. So, to have that close comfort on all your life is a really special thing; and in the [family] relationship, I’m lucky that I’m very close to my sister while Penelope is not, But she has that sisterly love for Eloise.

And I think we’ve all had that experience of seeing the person that we like [liking] somebody else and the pain it gives you. Unrequited first love is such an intense feeling so I can totally remember that but at the same time, Penelope has enough differences from me that certain things she does, I think I would never do that. So as an actor it’s interesting to play both sides of that.

Regé: Yes, I think I related to Simon. Simon is a very stubborn man, and so I like to think that I shared that determination with him. But also I like to think that I have a slightly more developed sense of humor than Simon, the man doesn’t smile very often. There’s a very heavy burden to bear for an extended period of time. But I admire his strength, and I hope that I’m able to change and grow more easily than Simon is.

What was the most fun and yet the most challenging part in bringing the stories onscreen?

Chris: To be honest, there was nothing easy about the show or creating the show but I think in a lot of ways that’s what made it so rewarding; and watching the end result, I couldn’t be prouder. It completely surpassed any expectations I had.

Going into the project, as much as I love a period piece, I feel like they’re often considered a little traditional and a little conservative and I wanted to infuse everything you see in the series, with a contemporary sensibility. So, what I really set out to do was make the kind of period piece I wanted to see and what I hadn’t necessarily seen before. 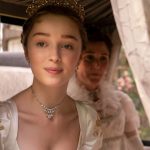