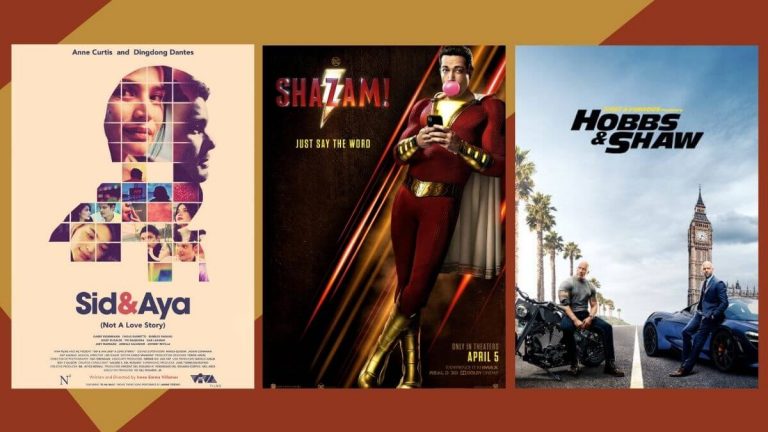 Isn’t it a bummer when you see your favorite movie already playing halfway through when you turn on the TV? Fret not! From rom-com and action to horror and thriller, we’re giving you a heads up on all the must-watch movies on TV from October 5 to 11, 2020.

The Social Network
(1:10pm, HBO)
Mark Zuckerberg creates a social networking site, Facebook, with his friend Eduardo’s help. Though it turns out to be a successful venture, he severs ties with several people along the way.

I Love You, Man
(3:40pm, Cinemax)
Peter sets out to find the perfect best man for his wedding. However, the situation takes a drastic turn when his fiancee gets upset about the bond between him and his new best man.

Doctor Strange
(7pm, FOX Movies)
In an accident, Stephen Strange, a famous neurosurgeon, loses the ability to use his hands. He goes to visit the mysterious Ancient One to heal himself and becomes a great sorcerer under her tutelage.

The Love Affair
(9pm, Cinema One)
A lawyer ends her terms of partnership, and decides to focus on herself, with a little help from a new man.

Sid & Aya: Not A Love Story
(12:45pm, PBO)
A successful stockbroker who suffers from insomnia hires a woman to keep him company during his long, sleepless nights.

Between Maybes
(1pm, Cinema One)
A man lives as a recluse in Japan until a washed up actress arrives. As he checks up on her, the two lost souls find comfort in each other.

Apollo 13
(4:45pm, Cinemax)
Astronauts Lovell, Haise and Swigert of the Apollo 13 moon mission find themselves stranded when their spacecraft gets damaged. NASA must now find a way to bring them back before it is too late.

21 Jump Street
(9pm, FOX Movies)
Schmidt and Jenko are high school friends who go on to become police officers. The two friends go undercover as students in order to bust a drug ring and find the source of a synthetic drug.

You’re Still The One
(7pm, Cinema One)
Star-crossed lovers finally find the right time to be together.

Captain Marvel
(9pm, FOX Movies)
Amidst a mission, Vers, a Kree warrior, gets separated from her team and is stranded on Earth. However, her life takes an unusual turn after she teams up with Fury, a S.H.I.E.L.D. agent.

A Star Is Born
(6:50pm, HBO)
After falling in love with struggling artist Ally, Jackson, a musician, coaxes her to follow her dreams, while he battles with alcoholism and his personal demons.

My Ex and Whys
(11am, Cinema One)
Popular blogger Cali is hired to work on a marketing campaign alongside another viral sensation, who also happens to be her ex-boyfriend. Former playboy Gio is intent on proving he has changed and winning Cali back.

Spider-Man 2
(4:55pm, HBO)
Peter Parker is dissatisfied with life when he loses his job, the love of his life, Mary Jane, and his powers. Amid all the chaos, he must fight Doctor Octopus who threatens to destroy New York City.

Pirates of the Caribbean: The Curse of the Black Pearl
(5pm, FOX Movies)
A blacksmith joins forces with Captain Jack Sparrow, a pirate, in a bid to free the love of his life from Jack’s associates, who kidnapped her suspecting she has the medallion.

John Carter
(11:25am, FOX Movies)
John Carter finds himself transported to Mars, where he learns about his superhuman capabilities. Things take a turn when he rescues a princess who is on the run.

Cloverfield
(1:30pm, Cinemax)
After a giant monster attacks New York City, Rob, Hud, Lily and Marlena form a group and desperately try to rescue their friend Beth who is trapped in her apartment.

Just The 3 Of Us
(3pm, Cinema One)
Strangers, forced by circumstance to live together, find love despite being polar opposites.

X-Men
(8:15pm, Cinemax)
Magneto kidnaps Marie, a young mutant, with the intention of using her powers to destroy humanity. However, the X-Men and Wolverine team up to save her and stop Magneto.

Fast & Furious: Hobbs & Shaw
(9pm, HBO)
Luke Hobbs and Deckard Shaw set aside their differences and partner up to protect the world from Brixton, a genetically enhanced super-soldier.

The Breakup Playlist
(9:30pm, HBO)
A story about an aspiring professional singer and a rock singer who collaborates in a song. As they work on their song, they start to develop feelings for each other.

Pirates of the Caribbean: The Curse of the Black Pearl

I Love You, Man

You're Still The One