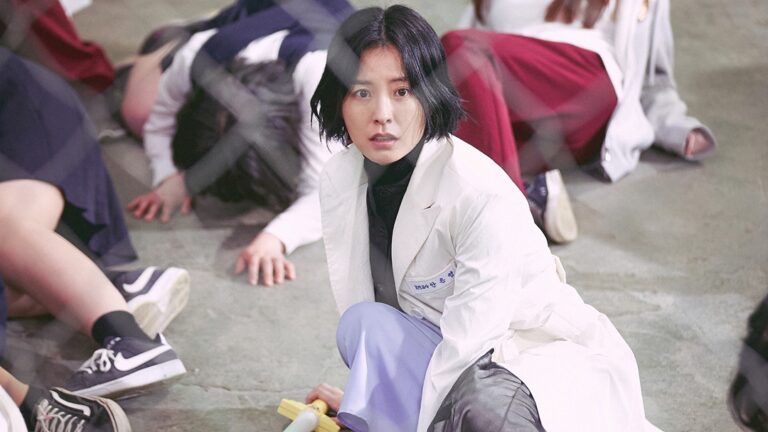 Ready to meet and fight the jellies with Ahn Eun Young?

After quite a wait, Netflix’s newest fantasy K-drama The School Nurse Files is finally streaming globally! As its story promises, it’s set to be a fresh and unique watch for everyone as it brings together a pair of quirky characters in an adventure where they try to fight the jellies and save the students of the school.

The School Nurse Files centers on a school nurse Ahn Eun Young, who has a conventional name and an unconventional ability to see “jellies”. When she discovers a mystery at her new school, she ends up asking for the help of Chinese Characters teacher Hong In Pyo, who is apparently more than someone with a disabled leg.

We got to join the lead stars Jung Yu Mi and Nam Joo Hyuk, as well as director Lee Kyung Mi, and writer Chung Se Rang in a virtual press conference where they answered questions from the APAC press. Here are 5 of our takeaways from the presscon and why you should make The School Nurse Files your next K-drama binge-watch.

The School Nurse Files is based on a popular Korean sci-fi novel.

The School Nurse Files is based on Chung Se Rang’s 2015 novel of the same, which has captured the heart of both critics and readers. According to Chung, one of her best friends, who interned as a school nurse for a year, inspired the story of the novel after she told her stories on the job. The story was originally about the good adults selflessly protecting the children like superheroes in scenarios when “humanity really shines.”

Aside from writing the original novel, Chung also penned the script for the Netflix adaptation. Here, she said that she focused on keeping “Ahn Eun Young intact,” while expanding and strengthening the world around the school. “I wanted Ahn Eun-young’s personality to remain clear. She appears kind of uptight, as if she doesn’t want to be bothered by anything, but when things get tough she stays determined and sticks to her principles,” she said.

It features Jung Yu Mi and Nam Joo Hyuk as two characters who find a connection within them.

Jung Yu Mi and Nam Joo Hyuk pair up for the first time as the show’s two leads as Ahn Eun Young and Hong In Pyo. Jung Yu Mi (Train To Busan, Kim Ji Young: Born 1982), plays the titular school nurse who has the extraordinary ability to see and fight “jellies” with her trusty BB sword and colorful plastic bullets. She describes her character as “quirky but tough”, and she finds her character fascinating since “she is gruff on the outside but soft on the inside”.

Nam Joo Hyuk (Weightlifting Fairy Kim Bok Joo), on the other hand, plays the Chinese Characters teacher Hong In Pyo. Surrounded with a protective aura, he eventually becomes Eun Young’s literal “power bank” whenever they hold hands in times of crisis. According to Nam, In Pyo is an ordinary guy who realizes that “he himself is extraordinary” after meeting someone extraordinary like Eun Young.

Joining Jung Yu Mi and Nam Joo Hyuk in the cast are Moon So Ri, Yoo Teo, and Lee Ju Yeong as Hwa Su, Mackenzie, and Han A Reum.

The Jellies are characters of their own.

Throughout the course of the drama, Eun Young and In Pyo fight and encounter jellies of all shapes and sizes. Because of this, it’s only natural that director Lee Kyoung Mi would make sure that people would look forward and be curious to see these jellies on-screen. Jellies are “vestiges of desire”, and writer Chung describes them as something that resembles the slime left by snails.

Every jelly is different and so director Lee had to watch a lot of documentaries and consult movies, novels, and animations to see how slime-type creatures are. She shared that she was terrified that she might not be able to “satisfy the imaginations of the fans.” However, she said she was able to push through everything, creating a fun and vast world. “It was so exciting to choose colors, then imagine movement, facial features, actions, and more,” she said.

It also introduces a lot of traditional Korean elements to a global audience.

There’s no doubt that for some, maybe even most of us, K-dramas have been their gateway to knowing more about the Korean culture. Because of this, Director Lee wanted to use more Korean elements through the story and the music “to instill some curiosity” to the audience. This is shown through various scenes in the show, where Ahn Eun Young is seen using balsam petals for her nails and going to Korean acupuncture clinics.

Lee thought that it was right for her to include music inspired by traditional songs or pansoori and fairytales, especially with the story’s uniquely Korean elements. “[With] uniquely Korean sounds, combined with the fantasy and the amazing CGI, there’s something in for everyone, and something that completes the eyes, the ears, and the hearts,” she said.

Bringing the world of Ahn Eun Young and Hong In Pyo to life is director Lee Kyoung Mi. She’s the award-winning director of films Crush and Blush, The Truth Beneath, and the “Love Set” from Netflix’s anthology series Persona. This drama marks her first time to direct a film written by another person, so creating a world based on someone else’s imagination is a new experience for her.

Aware of the fanbase that the novel has, Lee thought that visualizing the show’s fantasy element was crucial. She had to learn everything about the world to make sure that she captures all the fun scenes that can be visualized from the book. To her, ringing to life that world through special effects and computer graphics eventually was “the most interesting part of the project.”

It’s a unique story about finding connection with another person.

Aside from it being a show about fighting jellies, The School Nurse Files is a show that focuses on finding and creating connections with other people. It introduced us to two loners — Ahn Eun Young who fights a lonely battle against the jellies and Hong In Pyo who sees himself as an outcast because of his disabled leg — and it showed us just how they were able to connect and come together for a single purpose.

“When you connect with others and put your strengths together, you can always move forward,” Chung said when asked about the main theme of the story. “I wrote the book in the hope for a world where people look after each other without becoming isolated.”

The School Nurse Files is now streaming on Netflix.

Homestream image is courtesy of Netflix 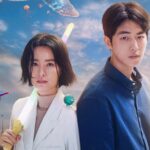 This quirky fantasy drama launches on Netflix this September 25! 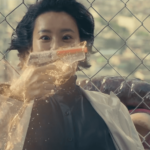