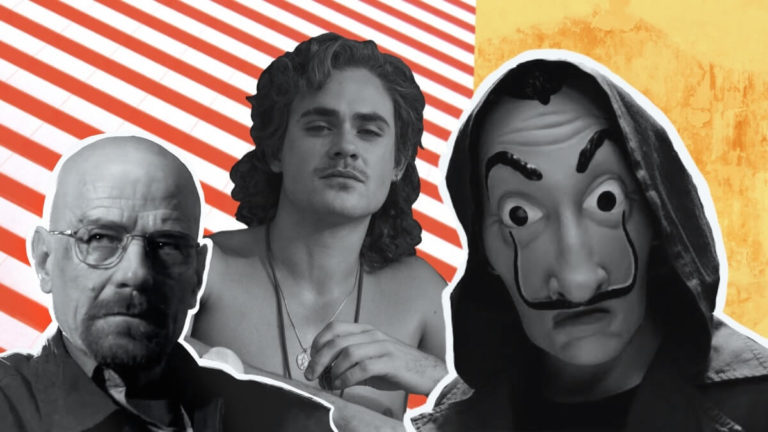 Sometimes we're just not sure if we should love 'em or hate them.

Love them or hate them, but the most successful TV shows out there would never be the same without them.

On this list, we will be sharing with you some of our favorite TV show baddies, which include both protagonists and antagonists who we love to hate… or just hate, period. They can be wicked yet admirable at the same time, or evil all throughout their canon (hands down!)

A warning though, there are some huge *spoilers* ahead so be sure to tread lightly!

A man we love to hate, and we hate to love. Walter White’s life took us to an emotional rollercoaster ride, as we watched this once innocent Chemistry teacher descend into a life of crime and rise as Heisenberg– Albuquerque’s most dangerous drug kingpin.

The show got us really attached to its characters, and even though Walter had already committed multiple crimes since Breaking Bad’s first few episodes, it would take us a few more seasons before we really get to hate this uniquely layered protagonist. But that hate wouldn’t last long as we soon discovered, because in the final act of the show, we still cannot help but sympathize and admire this genius criminal.

Other characters we love to hate from Breaking Bad: Gustavo Fring, Mike Ehrmantraut, and Hank Schrader.

Money Heist is another TV show that portrays the bad guys from a different perspective, making us question who’s really guilty and who’s not. While characters like Moscow and Nairobi have always been likeable during the heist, there are also characters we can’t help but hate and love at the same time.

In the Money Heist gang, Tokyo seems to be a character that was tailor-made to be hated, or at least annoy us, with her unstable and compulsive behavior that often leads to disasters. Despite this, we also can’t deny that she’s the most badass in the bunch, making her one of the most important cards in the Professor’s hand.

Other characters we love to hate from Money Heist: Berlin, Alicia Sierra, and Palermo.

This series has a lot of multi-layered characters but we’d stick with the most admirable villain– admirable because in a show where even the main characters are dropping like flies, she managed to survive to be the final foe, even outliving the most feared Night King.

Lena Heady’s cold-faced Cersei Lannister has been the villainous figure ever since the first episode of the show. But looking back on the series, you’d realize that Cersei was not directly to blame for the crimes that launched the saga, including the deaths of Jon Arryn and Edward Stark; while her other actions can be seen as an attempt for her and her children’s survival. Still, Game of Thrones makes it clear that Cersei is no innocent victim.

Other characters we love to hate from Game of Thrones: Jaime Lannister, Sandor Clegane, Joffrey Baratheon, Ramsay Bolton, and Stannis Baratheon to name a few.

It does not seem likely that Stranger Things fans will forget about Billy anytime soon. We were introduced to this aggressive young man in season 2, and we were quick to hate him and his guts especially whenever he lashed out on his step-sister Max and her newfound friends in Hawkins.

In season 3, Billy’s character became more composite after he was possessed by the Mindflayer. Through El’s powers, we got to see a glimpse of Billy’s childhood memories, and at the last moments of the season finale, when he was finally freed from the Mindflayer’s grasp, he sacrificed himself to protect the kids he once hated so much before leaving Max a sincere apology for all of his wrongdoings.

Netflix’s original K-drama series, Kingdom, piqued a lot of attention before it got released because of its unique premise–a historical drama fused with the zombie genre. But the show went beyond that and gave us the complete package with its thrilling story, exceptional special effects, and an important underlying message.

It’s just a few months ago when the second season wrapped up the battle between the Crown Prince and the Haewon Cho clan, and it was at this season that we saw the peak of corruption among the show’s most evil characters. Unlike most characters in this list, Kingdom’s Queen Cho is someone we’d rather not sympathize to and just keep on hating. This woman will do anything to secure her seat of power, even if it meant killing newborn infants and their mothers. She also killed her own father, so that’s a plus.

Other characters we love to hate on Kingdom: Lord Cho Hak-Ju, his son Cho Beom-il, and sometimes even Yeong-Shin, whenever we remember his role in mutating the zombie virus with some hot soup.

Princess Azula (Grey Delisle)
Avatar: The Legend of Aang | Watch it on Netflix

Despite being an animated series, Avatar: The Legend of Aang continues to be a favorite among TV junkies of different ages. And while this show’s main villain is the power-thirsty tyrant Fire Lord Ozai, it’s his daughter Azula who is the more fleshed out antagonist. Of course, this is if we rule out Zuko.

Speaking of Zuko, we also owe it partly to Azula’s utter villainy that his brother’s journey became one of the best redemption arcs in TV history. Emphasizing on her manipulative tendencies, the show’s ending gave Azula what she deserved when her only friends left her, and she lost to her brother in the final Agni Kai, leaving her mind deranged.

BBC’s Sherlock gave us a modern take on the most famous fictional detective. Besides his loyal companion Dr. John Watson, another iconic character from Arthur Conan Doyle’s imagination is Holmes’ archenemy, the criminal mastermind James Moriarty.

The Sherlock TV show also added some spice to the Napoleon of Crime, with Andrew Scott’s portrayal of an obsessive individual whose tone and behaviour can shift multiple times while speaking. Of course, it was the genius in Jim that made him an interesting villain in TV.

Asher might be a cocky know-it-all, but he proves himself worthy of a place in Annalise Keating’s law firm. His character development was also a promising part of the show, and we can say that in the later part of the series, he is one of the main characters we were really rooting for.

This is only until season 5 however, because that good guy image we built for him in our minds turned sour when it was revealed in the sixth season that he was the mole in their group and he had been providing the FBI with evidence against Annalise Keating. We know he had his reasons for doing this, but in the end, this twist only left us with bittersweet memories of Asher.

The longest-running cartoon, The Simpsons, also has its own iconic bad guy in the form of Mr. Burns. The balding schemer with a long pointed nose is a Springfield millionaire who preys on the weak to maintain his wealthy status.

The man is basically the epitome of evil in the show. Remember that time in season 2 when his car hit a skateboarding Bart? “Just give him a nickel and let’s get going,” this was all he has to say to his assistant Smithers while the kid lay unconscious or even dying in front of them. From that point, Mr. Burns would continue to become a recurring villain in the show. Despite his misdeeds, however, the conflicts he creates would often bring out the good in the citizens of Springfield.

Another K-drama series that quickly got us hooked right after it landed on Netflix, Crash Landing On You gave us a better understanding of the tale of the two countries, North Korea and South Korea.

But this show did not just make us fall in love with Yoon Se-ri and Ri Jeong-hyeok, it also made us grit our teeth whenever the evil State Security officer Cho Cheol-Kang showed up on-screen. As if killing Jeong-hyeok’s brother wasn’t enough, he’d also stop at nothing to bring adversary to the star-crossed lovers.

How about you, who is you favorite TV show baddie?