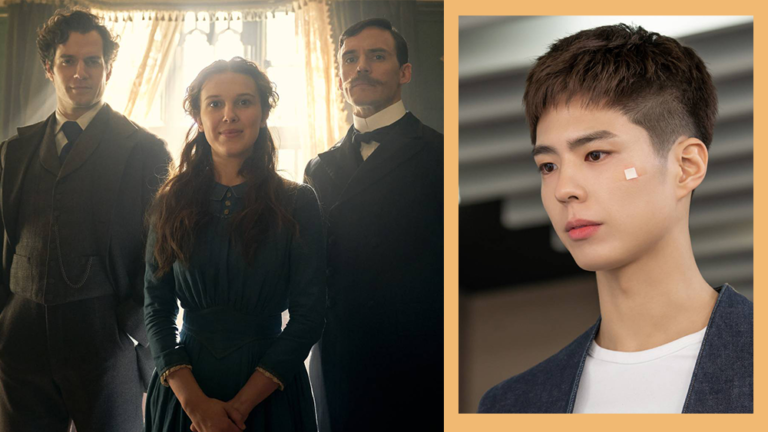 If you’re the kind who need to plot your binge-watching schedules for the month, worry not, because we’re giving you a rundown of the most awaited shows and films launching on Netflix this September.

Away
Launches on: September 4

Hilary Swank stars in Away as Emma Green, who leads the first international space crew to go to Mars. However, as she takes on the responsibility, she also sacrifices her role as the wife to her husband Matt and her daughter Lex who awaits her return. The series also stars Josh Charles, Talitha Bateman, Mark Ivanir, Vivian Wu, Ray Panthaki, and Ato Essandoh.

Record of Youth centers on the lives of three people as they experience love, trials, and friendship while trying to make it in the fashion industry. The new K-drama comes from director An Gil Ho and stars Park Bo Gum, Park So Dam, and Byun Woo Seok.

#Alive is a Korean zombie film set in modern-day Seoul where a mysterious virus that causes the infected to eat humans begin to spread. It centers on Oh Jun U and Kim Yoo Bin who must survive from the zombies in their apartment complex while only relying on the information they see outside and on TV. The film is directed by Il Cho and stars Yoo Ah In and Park Shin Hye.

Julie and the Phantoms
September 10

From the director of High School Musical comes Julie and the Phantoms, a series following Julie, a teenage girl who helps the Phantoms – a group of ghostly guys – be the band they want to be while finding her passion for music.

The Devil All the Time
September 16

Tom Holland and Robert Pattinson star in The Devil All The Time, a film based on the novel of the same name by Donald Ray Pollock. The story centers on a young man named Arvin who must protect himself and the people he loves from the people of his mid-century Ohio town.

Ratched comes from the creator of American Horror Story, Ryan Murphy. This suspense drama tells the story of Mildred Ratched, an asylum nurse who arrives in Northern California after landing a job at a psychiatric hospital. While she may seem like the perfect image of a dedicated nurse, she also hides a monster inside, which she unleashes while infiltrating the mental health system. The show stars Sarah Paulson, Jon Jon Briones, Cynthia Nixon, and more.

Enola Holmes is a film based on the book The Enola Holmes Mysteries by Nancy Springer. It centers on Sherlock and Mycroft’s younger sister, Enola, who finds herself in the care of her brothers after the mysterious disappearance of her mother. When she escapes her school to find for her mother, she ends up getting involved in a conspiracy with a young runaway Lord. It stars Millie Bobby Brown, Henry Cavill, and Sam Claflin.

The School Nurse Files is a quirky fantasy drama about Ahn Eun Young, a school nurse who spends her days fighting jellies of all shapes, sizes, and personalities — byproducts of people’s greed. Her battles against these jellies become dynamic when she learns that her energy gets recharged whenever she holds the hand of Chinese Characters teacher Hong In Pyo. It stars Jung Yu Mi and Nam Joo Hyuk.

The Devil All The Time