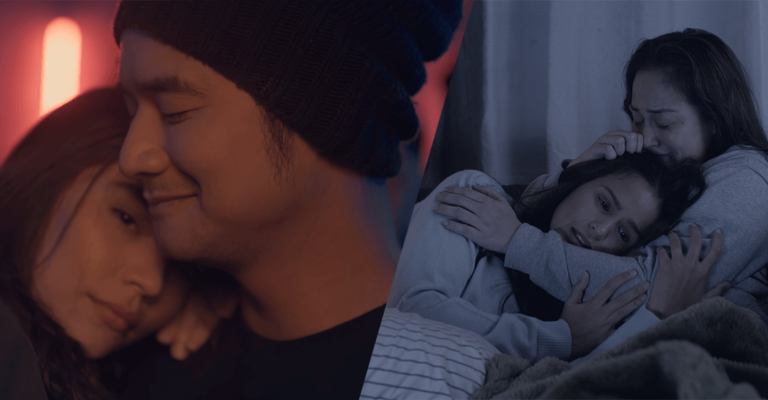 Netflix is back with a brand new slate of 15 Filipino films coming on to the service starting this August, including Netflix Original Love The Way U Lie. Staying true to their commitment to bring more Filipino content to the service, Netflix is announcing new films from Viva Communications, Regal Films, TBA Studios, The IdeaFirst Company, and CleverMinds. This exciting new lineup cuts across multiple genres has something for everyone to absolutely enjoy.

Hindi Tayo Pwede (Once Before)
August 4

After a tragic car crash, Gabby finds herself in a love triangle with the ghost of her fiancé and a friend seeking more than a platonic relationship.

Longing for a law student, a barista by day and writer by night gains the ability to turn back time and rewinds to the day they first met.

In the midst of a typhoon, a woman finds herself stuck inside her office building with a stranger whose attitude on life — and love — clashes with hers.

Kung Paano Siya Nawala (How She Left Me)
August 13

A man with face blindness finds it impossible to connect with others — until he meets a beautifully free spirit who changes his life.

When a young man with an extraordinary memory discovers he can’t recall a past heartbreak, he revisits his exes searching for the mystery woman.

Love the Way U Lie
August 20

With the help of a spunky, lonely-in-love psychic, a deceased wife tries to get her grieving husband to move on. In the process, sparks begin to fly.

When two former flames cross paths years after parting ways, they face big questions over whether second chances are possible.

Tayo sa Huling Buwan ng Taon (Us, At The End of the Year)
August 27

Five years after their relationship ended, Sam and Isa spot each other by chance one evening and aren’t prepared for the feelings that resurface.

A criminal matriarch with a gang of thieves is reunited with her estranged daughter, who is a firm believer of the law and everything right.

Luis sets out to find his sister, Lulu, who the family lost contact with after a talent scout promises her a career as a singer in the city.

A young female writer teams up with a seasoned male writer to rewrite the script of an unfinished love story.

Two people who can’t sleep spend hours lying awake while everyone else is asleep. Together they fight the loneliness that keeps them awake.

An old unmarried couple broke the monotony of their daily lives when the woman’s estranged husband reached out to them, seeking

Liza is still drowning in grief from losing the love of her life when she receives an unexpected visit from someone from her past.

A woman chosen to keep an age-old tradition alive must now choose between her granddaughter’s life and the belief that shackled her in solitary confinement.

Love The Way U Lie