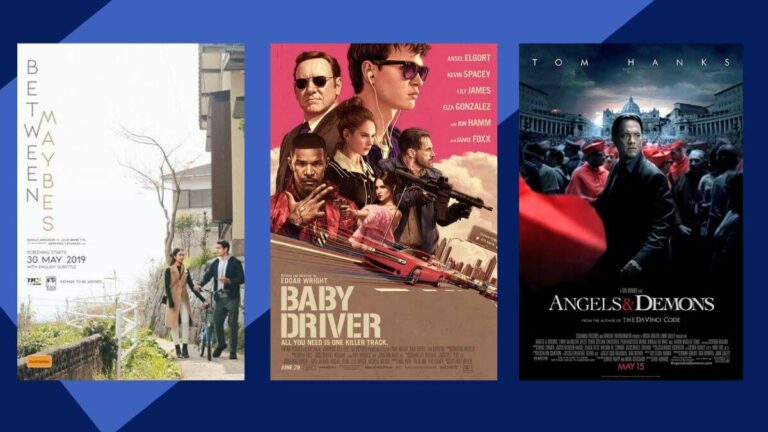 Isn’t it a bummer when you see your favorite movie already playing halfway through when you turn on the TV? Fret not! From rom-com and action to horror and thriller, we’re giving you a heads up on all the must-watch movies on TV from July 13 to 19, 2020.

1. Charlie’s Angels: Full Throttle
(3:10pm, HBO)
The Angels track down rings containing the names of those in the FBI’s witness protection program. However, the witnesses begin to get murdered one by one.

2. Transformers: The Last Knight
(6:25pm, FOX Movies)
Quintessa brainwashes Optimus Prime and heads to Earth to search for an ancient staff. Cade, Bumblebee and the Autobots race against time to find it, while also escaping an anti-Transformers force.

3. Crazy Rich Asians
(7pm, HBO)
Rachel, a professor, dates a man named Nick and looks forward to meeting his family. However, she is shaken up when she learns that Nick belongs to one of the richest families in the country.

4. My Illegal Wife
(7pm, Cinema One)
Clarise wants a husband and convinces a man with amnesia they are married when they become stranded on an island.

1. Jurassic Park
(9:55am, HBO)
John Hammond, an entrepreneur, opens a wildlife park containing cloned dinosaurs. However, a breakdown of the island’s security system causes the creatures to escape and bring about chaos.

2. X-Men
(12pm, HBO)
Magneto kidnaps Marie, a young mutant, with the intention of using her powers to destroy humanity. However, the X-Men and Wolverine team up to save her and stop Magneto.

3. Forrest Gump
(5:35pm, HBO)
Forrest, a man with low IQ, recounts the early years of his life when he found himself in the middle of key historical events. All he wants now is to be reunited with his childhood sweetheart, Jenny.

4. Pirates Of The Caribbean: The Curse of the Black Pearl
(6:35pm, FOX Movies)
A blacksmith joins forces with Captain Jack Sparrow, a pirate, in a bid to free the love of his life from Jack’s associates, who kidnapped her suspecting she has the medallion.

5. Kimmy Dora and the Temple of Kiyeme
(7pm, Cinema One)
Twin sisters Kimmy and Dora accept proposals from their boyfriends and strange things begin to happen to the men and their father.

6. Pirates Of The Caribbean: Dead Man’s Chest
(9pm, FOX Movies)
Captain Jack Sparrow seeks the heart of Davy Jones, a mythical pirate, in order to avoid being enslaved to him. However, others, including his friends Will and Elizabeth, want it for their own gain.

1. Us
(11:25am, HBO)
While on vacation in Santa Cruz, the Wilson family is attacked by a family of four. They realize that the people attacking them look very much like them.

2. Tron: Legacy
(5:5pm, Cinemax)
Sam misses his father, a virtual world designer, and enters a virtual space that has become much more dangerous than his father intended. Now, both father and son embark upon a life-and-death journey.

3. One More Try
(7pm, Cinema One)
After her son becomes critically ill, Grace seeks help from his successful father, whose new wife encourages him to help — until all treatments fail, leaving no options but to produce a biological sibling.

1. 2 Fast 2 Furious
(11:20am, HBO)
Brian, a former officer, partners with Roman Pierce, his ex-convict friend. As a part of a deal with the FBI, Brian and Roman have to bring down Verone, a drug lord, to erase their criminal record.

2. Moulin Rouge!
(1:05pm, HBO)
Christian, an English writer, travels to Paris to join the Bohemian revolution. He visits the city’s biggest night club, Moulin Rouge, and falls in love with its star performer and courtesan, Satine.

3. Harry Potter and the Prisoner of Azkaban
(6:35pm, HBO)
Harry, Ron and Hermoine return to Hogwarts just as they learn about Sirius Black and his plans to kill Harry. However, when Harry runs into him, he learns that the truth is far from reality.

4. Baby Driver
(9pm, HBO)
Doc forces Baby, a former getaway driver, to partake in a heist, threatening to hurt his girlfriend if he refuses. But the plan goes awry when their arms dealers turn out to be undercover officers.

5. Block Z
(9pm, Cinema One)
A group of university students must band together in order to survive a deadly viral disease outbreak.

1. Rogue One: A Star Wars Story
(2:40pm, Cinemax)
Jyn’s father is forcibly taken by the Galactic Empire to help them complete the Death Star. When she grows up, she joins a group of resistance fighters who aim to steal the Empire’s blueprints.

2. Between Maybes
(5pm, Cinema One)
A man lives as a recluse in Japan until a washed-up actress arrives. As he checks up on her, the two lost souls find comfort in each other.

3. Pokemon Detective Pikachu
(7:15pm, HBO)
After the demise of his father, Tim travels to Ryme city where he runs into his father’s Pokemon partner, Pikachu. They team up and try to work on the case left unfinished by Tim’s father.

4. Star Trek Beyond
(9pm, FOX Movies)
When the Enterprise crashes after an attack by the dictator Krall and a swarm of drones, Kirk, Spock and the crew must find a way off a hostile planet and stop Krall before he destroys the Federation.

5. Tomb Raider
(10:05pm, HBO)
Lara Croft, a courageous and independent young woman, sets out on a dangerous journey to unravel the truth behind her adventurer father’s mysterious disappearance.

1. The Da Vinci Code
(11:20am, HBO)
Symbologist Robert Langdon travels from Paris to London to discover the truth behind a mysterious and bizarre murder. Later, he learns about a religious mystery protected by a secret society.

2. Angels & Demons
(1:45pm, HBO)
Robert, a symbologist, tries his best to stop a secret society from destroying Vatican City. He tries to decipher various clues in the process, most of which lead him to the four altars of science.

3. Anchorman: The Legend of Ron Burgundy
(5:25pm, Cinemax)
A chauvinistic host of a top-rated American news program is threatened with the arrival of an ambitious female reporter which starts a bitter battle of the sexes.

4. Ad Astra
(9pm, FOX Movies)
Thirty years ago, Clifford McBride led a voyage into deep space, but the ship and crew were never heard from again. Now his son must embark on a daring mission to Neptune to uncover the truth about his missing father and a mysterious power surge that threatens the stability of the universe.

5. Angel Has Fallen
(9pm, HBO)
Mike Banning, a secret service agent, is assigned to protect the US president. Things take a turn when Mike is falsely accused of carrying an attack on the president while on a fishing trip.

1. Harry Potter and the Goblet of Fire
(2:15pm, HBO)
When Harry is chosen as a fourth participant of the inter-school Triwizard Tournament, he is unwittingly pulled into a dark conspiracy that endangers his life.

2. Exes Baggage
(3pm, Cinema One)
A loner falls for a rebel who fights for what she believes in.

3. Miss Congeniality: Armed and Fabulous
(6:10pm, Cinemax)
After Miss USA and her companion get kidnapped, FBI agent Gracie goes undercover to Las Vegas for investigating the case. She decides to find them on her own even if it means disobeying direct orders.

4. Shazam!
(9pm, HBO)
After being abandoned at a fair, Billy constantly searches for his mother. His life, however, takes a huge turn when he inherits the superpowers of a powerful wizard.