The actors talked about what was it like working with comedian Mindy Kaling, the most enjoyable scene to shoot and more.

If you miss watching teen rom-coms on TV, Netflix is bringing you their newest one yet with Never Have I Ever created by Mindy Kaling and Lang Fisher inspired by Kaling's own childhood! The teen comedy has a lovely protagonist, supportive best friends, a doting mom, a rival at school, and let's not forget about Paxton Hall-Yoshida, the hottest boy at school whose Devi's eyes are set on.

And if that's not enough to keep you interested, here's a quick intro to get you more excited: The show follows the complicated life of a modern-day first-generation Indian American teenage girl who has had a very tragic first year of high school but doing her best to move forward and live normally.

At a video press conference, we had the chance to speak with five of the cast members — Maitreyi Ramakrishnan (Devi Vishwakumar), Ramona Young (Eleanor), Lee Rodriguez (Fab), Jaren Lewison (Ben Gross), Darren Barnet (Paxton Hall-Yoshida). The actors talked about what was it like working with comedian Mindy Kaling, the most enjoyable scene to shoot, and more. Read the full interview below:

Question: For Jaren, how do you think people would feel after watching the first few episodes of Never Have I Ever?

Jaren: I think for Ben, he definitely does not come across as the nicest. Obviously, a lot of the things he says are meant to push Devi’s buttons and are meant to try and get under her skin. In terms of an overall feel, I think that everyone's going to feel really excited when they watch the show. We've talked a lot about diversity and I feel like that's so important, and it's in such a positive way. And it's also really funny, warm, and Mindy [Kaling] and Lang [Fisher], when they wrote the pilot, it's just so exciting and interesting. I think that it's something that viewers haven't quite seen before — it's going to be something really amazing when they get the chance to watch those first few episodes and it's really gonna bring them in and they're going to be excited about the rest of this series. 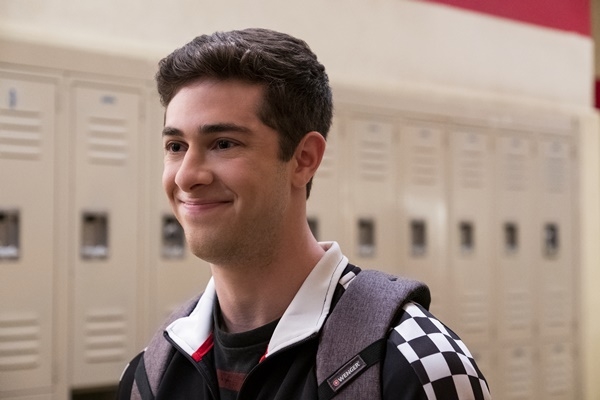 Question: What was it like working with Mindy Kaling?

Lee: I would say it was a huge honor. I mean, I was a fan of Mindy Kaling before I even was casted. Meeting her and just actually getting a sense of who she is. She was everything that I wished and hoped for her to be — she's amazing. One thing that I remember her saying is just allowing us to have our own process and we were all chosen for a reason, which I thought was really good.

Darren: I’m not even gonna lie here. When I first got the audition, it literally said “Untitled Mindy Kaling Project” and I obviously knew Mindy Kaling but the name didn’t register so I didn’t really know who I was gonna be meeting her until I walked into the test. I walked in the test and Mindy was sitting there and the first thing on my mouth was “Oh God, it’s Mindy Kaling I’m freaking out” and it broke the ice. It was a great icebreaker and she took it very well. Mindy is so amazing, she’s so soft-spoken but she’s such a powerful woman. 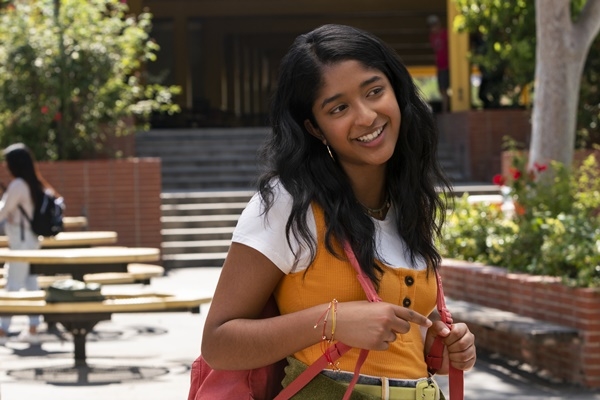 Maitreyi: This is like my first, not even just an acting job. This is my first job, period, in my life. With Mindy, I never felt like I couldn’t question her. Here she is, being a director, an actor, a writer and a producer, she does it all and is flawless at it. But I never once felt that I couldn’t question her ideas and I couldn't offer my ideas. She’s totally open to taking not just mine, but everybody's suggestions. And that's what makes her so amazing. She takes criticism and she runs with it. And that's what I love about her. I remember on the last day of filming, I was filming my last scene and her and Lange. Their advice to me that I will always carry out through my career no matter what I do in life is just to stay authentic and don't try to be anybody else because I'm already nailing the game being me so why would I change it up?

Question: What was the most enjoyable scene to shoot for the show?

Maitreyi: There’s a scene where Fabiola, Devi, and Eleanor are baking cookies with Eleanor’s mom and I loved that scene because I was in charge of the cookie dough bowl and I purposely asked if I could be the one to mix the bowl only because I wanted to eat it as we did the scene. So that was my favorite because I thoroughly enjoyed it and it was so worth the stomachache after. 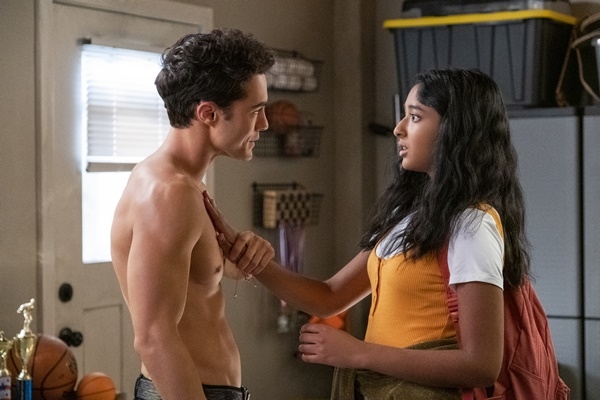 Darren: One, it was a dream to work at the Universal backlot with all those iconic houses — anything there was great. I also love the scenes shot at the school but if I have to pick, the way we did it and the way we filmed it was the car scene with Maitreyi and me. It was and they just, I mean what it taught me a lot about how scenes like that are shot because we're driving through the night but it was… it wasn't even green screens, it was like there were movie screens on every four corners of the car and they were all in sync. And it was a 360 camera that was taken down like Ventura Boulevard that captured all the footage. So they're all in sync and to get Maitreyi and me in the mood — they played the song that they were gonna play in the episode and it was just incredible. I and Maitreyi just fell into it and it was so natural and it looks amazing. That was really cool and I liked the way that one turned out.

Lee: My favorite scene was the TikTok scene because we were really dedicated to getting the dance down. Just like being on set on our downtime, the crew members would come in and they would start dancing. That was such a good day — definitely one of my favorite days on set. 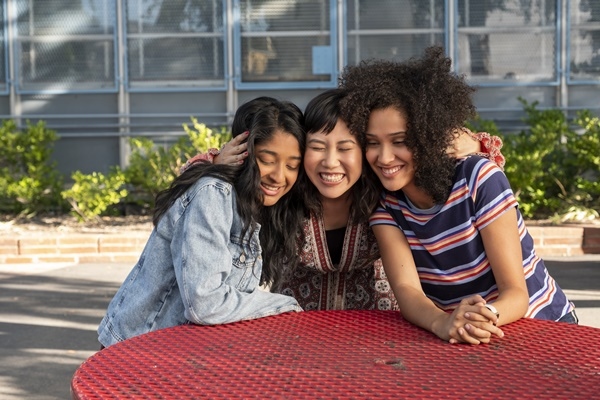 Question: For Darren, the show comes out on your birthday. How are you celebrating and what do you love about being part of the show?

Darren: I'm celebrating as a party of one. I’m probably going to Zoom my family members and put on a birthday hat. It sounds really sad if you think about it but I think it's gonna be fun.

For the second part of the question: the cast is absolutely incredible. I really adore every one of them — we clicked right away and it was just really easy. I mean, it’s Mindy Kaling’s writing which I was somewhat familiar with but it was her first into a young adult and it was a cool thing to tackle and I feel like she really did a great job in keeping it funny and lighthearted but also making it real. You know, tackling issues without being preachy about it which was great. 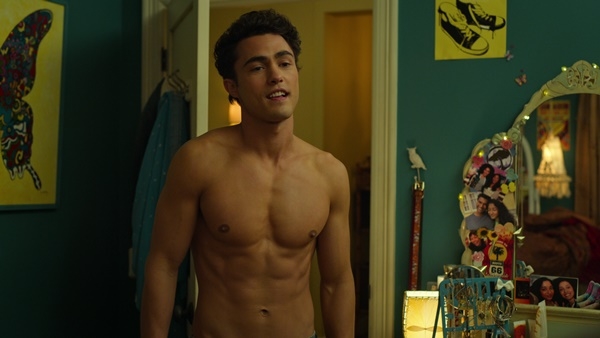 Question: Finish the sentence: Never Have I Ever…

Maitreyi: Been able to properly swim.

Jaren: Done a front flip or a backflip. I really can’t do it!

Never Have I Ever premieres on Netflix on April 27, 2020. Add to your list and stream it here.

With a traumatic start to her high school journey, all Devi Vishwakumar wished for was not to get into a sophomore slump this school year. With her BFFs in tow, they navigate the messy, murky roads of teenhood and discover a whole lot more along the way.

The first season feels like one extended pilot, and the foundations would have been laid for a much better second season if it finds its audience. 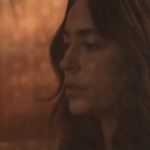 WATCH: Aster Flores’ Deleted Confession Scene from Netflix’s ‘The Half of It’ 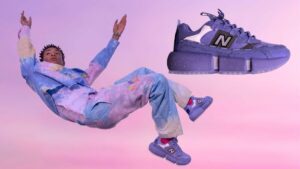