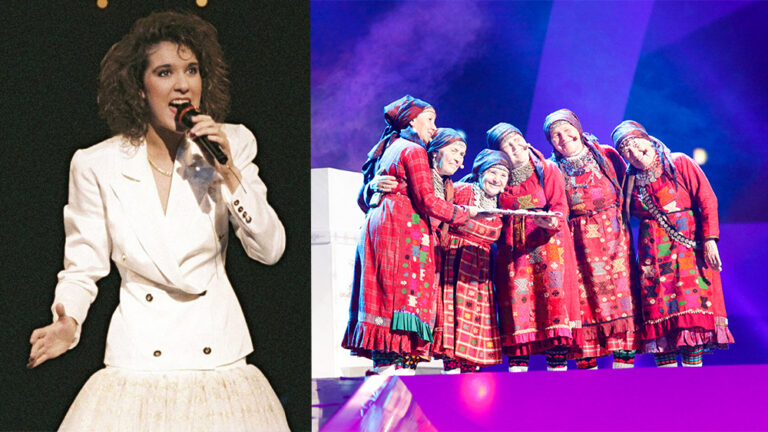 Netflix’s newly-launched film Eurovision Song Contest: The Story of Fire Saga has been the talk of the town in the past couple of days. It tells the story of two small-town singers (played by Rachel McAdams and Will Ferrell) who join the annual song competition to fulfill their dreams of making it big.

If you’re one of those who have seen the film already, then you’re probably also on the lookout for performances from the actual Eurovision Song Contest. That is why we’ve compiled some of the previous years’ most iconic song numbers in one handy list to make the deep-dive into Eurovision so easier.

Check out 10 of the most memorable Eurovision performances here:

ABBA is known to be one of the most successful acts to have come out of Eurovision. The Swedish group joined the competition back in 1974, where they won with the song “Waterloo”. The song, said to be the first to be credited under the group’s name, launched the group into fame.

A song performed in Hebrew by trans woman Dana International, “Diva” won at the Eurovision 1998. It made Dana the competition’s first-ever trans winner, making it one of the most historical moments in Eurovision.

Aside from ABBA, another icon you definitely know who also joined the Eurovision is Celine Dion, who represented Switzerland in 1988. She performed the song “Ne partez pas sans moi” which translates to “Don’t Leave Without Me”, which won against the United Kingdom by just one point.

Performed by Burnovskiye Babushki (The Grannies from Buranovo), “Party for Everybody” is mostly in the Udmurt language and mixes traditional Russian music with pop sound, making it one of the crowd-favorites during Eurovision 2012. The song finished second in the competition, right behind “Euphoria”, performed by Loreen of Sweden.

Beating Burnovskiye Babushki’s song is Sweden’s “Euphoria”, performed by Loreen. The song won at the Eurovision with a total of 372 points – the second-highest score in the competition’s history. After the competition, the song was also well-received in Loreen’s home country, with it reaching the top of the Swedish charts for 6 weeks.

If you’re into hard rock, then definitely give this performance a watch! Lordie’s “Hard Rock Hallelujah” was Finland’s entry for Eurovision 2006, and it won with 292 points, holding the record for the highest score until it was beaten 3 years later.

“Dancing Lasha Tumbai” was performed by the drag queen Verka Serduchka for Ukraine at Eurovision 2007. The performance, known for Serduchka and her back-up dancer’s silver and gold clothing, ranked second in the said competition.

“Igranka”, which translates to “Dance”, is a song from Montenegro’s hip-hop duo Who See. It was Montenegro’s official entry for Eurovision 2013 but was sadly unable to make it to the finals. The performance was memorable for most, thanks to Who See’s astronaut costumes and Nina Žižić’s cyborg outfit.

“Aina Mun Pitää” stands out from the other performances in this list because of its punk rock sound. With a running time of only 1 minute and 44 seconds, this song is known to be the shortest song performed at the Eurovision.

“Flying the Flag (For You)” is a song from the British bubblegum pop group Scooch. While the performance didn’t finish high in the competition’s 2007 run, it’s still pretty memorable for most because of its airplane-themed performance, complete with food carts and even airplane seats.