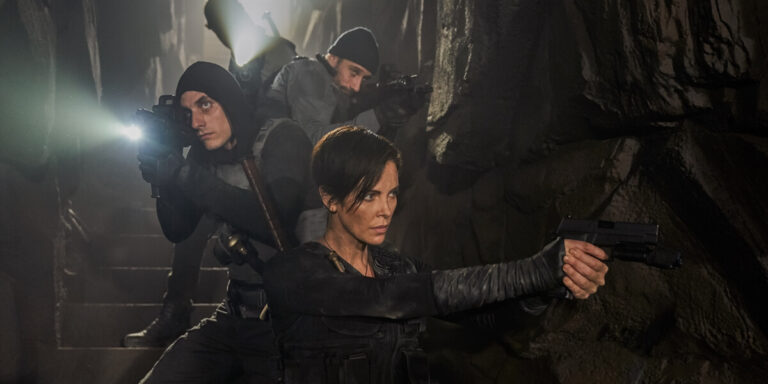 Netflix is home to numerous films and series adapted from comic books. The Umbrella Academy, I Am Not Okay With This, and Locke & Key are just some of the existing titles under this category.

And to the delight of comic book enthusiasts, it looks like they aren’t stopping anytime soon. This July, it looks like badass women from the pages will dominate the streaming service!

This month sees the premiere of the shows Warrior Nun and Cursed, along with the film The Old Guard.

The Old Guard is scheduled for release on Netflix this June 10. It centers around a group of undying mercenaries led by the millennia-old ax-wielding warrior Andromache of Scythia or Andy. When their immortality becomes known, they must protect it from people who want to harness it for evil intentions. During such dilemma, the group also discovers a new member of their kind: the young soldier Nile.

Rucka on writing the comics & film.

The Old Guard‘s comic book author Greg Rucka was also part of the movie-making process as screenwriter. Having adapted his own comic book story into screenplay, the writer shares how he sees this process:

“When you’re making a movie out of a comic book, you are obligated to try to respect each medium, and to maintain the heart of the source material in the new form. That thing is always the biggest challenge in it.”

Rucka also said that writing the screenplay gave him the chance to fix things in the story. Parts that may have not worked in the source material. One of the improvements according to him is that the film added more attention to Nile’s presence in the group. For this, Rucka gives huge credit to the input of director Gina Prince-Bythewood and KiKi Layne’s performance.

As for the specific elements in the story that the writer wanted preserved in the film, he says this:

“I was very insistent that Nicky and Joe’s relationship survive, I didn’t wanna see that change. And as an extension of that, I actually didn’t wanna change any of the relationships between the core four. That to me mattered enormously.”

Nicky and Joe are two male members of the team that share a much deeper relationship with each other. Having met on the opposite sides of a war, the two discover their immortality. And for the following centuries, the two have become an inseparable couple, exhibiting what may be the closest thing to eternal love. 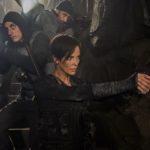