This week on etc…it’s all good!

What Could Have Been: After Nathan’s escape from the car crash, he returns home from the hospital only to be confronted with a stack of bills to be paid and an eviction notice. Despite Lucas, Peyton, and Brooke organizing a fundraiser to help him, Nathan discovers that the help that Dan offers comes with a rather big price tag–one that he’s unsure he’s willing to accept.

Be sure to catch this Tuesday night’s episode at 8PM so you’re not left out when One Tree Hill’s SEASON FINALE airs next week!

The OC
The Family Ties: Lindsay’s sudden family connection to the Cohens places Ryan in an awkward situation, forcing him to reevaluate his feelings for her. Seth on the other hand begins acting like the old Ryan from Chino, imitating the way he dresses and used to act, all in the hopes of impressing Alex. Meanwhile, Marissa witnesses a scene that drives her to drink even more heavily than usual.

Trouble is rearing its ugly head yet again for the folks of the OC. Will the Cohens be able to sort out them all out this Tuesday night at 9PM? Find out this week on etc wither it will be all good!

Friends Year 10
The One where Ross is Fine: Ross puts up a brave and convincing front after witnessing the kiss between Joey and Rachel, but during the double date he has with them and Charlie, his true feelings on the matter slowly emerge. Meanwhile, Chandler and Monica explore other avenues to having a child of their own but a slip of the tongue lands them in trouble with Phoebe’s friends this Thursday night at 8:30PM.

American Dreams – SEASON 2 FINALE
No Way Out: Meg and Sam express their opinion about the war in Vietnam by joining an anti-war rally, only to find themselves in the middle of the crossfire that results. Meanwhile, Beth becomes the subject of Jack’s campaign for city councilman while Helen discovers a shocking truth at work. Elsewhere on the for efront of the war in Vietnam, under heavy fire and surrounded by the enemy, JJ and his squad are told they’re on their own.

Discover the amazing ending of the second season that could shatter the Pryor’s American Dreams this Friday night at 9PM. 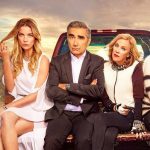 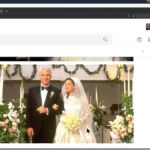 Netflix Announces ‘Father of The Bride’ Reunion on Facebook 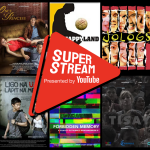 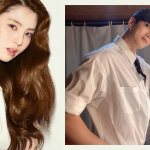