Hero Up With Cartoon Network This Summer

From Ben 10 to Iron Man, super-powered heroes unite to give viewers a super summer on the number one kids’ cable channel.

Cartoon Network turns up the heat as the leading kids’ cable channel packs the world’s mightiest heroes and the most epic action-adventure into TV screens this summer! This April, get set for a high-flying, crime-fighting, evil-crushing time with Cartoon Network’s power line-up of much-awaited Marvel and DC animated series topped with the most well-loved Cartoon Network toon shows. 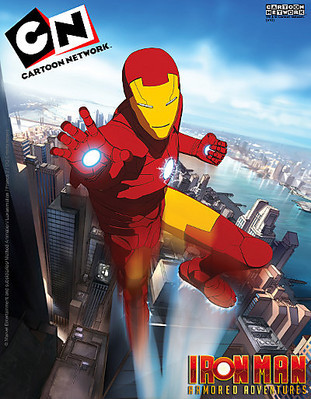 “I am truly excited to announce the thrilling Hero Up line-up of shows on Cartoon Network – just in time for summer,” said Lucien Harrington, Vice President, Branding and Communications, Turner Entertainment Networks Asia Inc. “Cartoon Network’s success is due to knowing what appeals to Pinoy kids and I’m confident the blend of humor and adventure found in our Hero Up cartoons will be a hit with our viewers here.”

Rise and shine everyday to alien adventures and exciting worldwide quests to uncover real life mysteries. Join everyone’s favorite 10-year-old hero, Ben Tennyson, his cousin Gwen and the coolest grand-dad in the world, Grandpa Max on weekday morning episodes of Ben 10 at 8 AM. Roam the globe with cool-headed biologist Doc Saturday, his wife, the impulsive archaeologist Drew Saturday and their thrill-seeking, fearless only child Zak Saturday as they unearth more mythical beasts with the new season of The Secret Saturdays at 9 AM.

Then at 9:30 AM, get tangled up in a web of action with Spectacular Spider-Man. Based on the Marvel Comics classic, the new animated series follows teenaged Peter Parker as he as he encounters his greatest villains, falls for his greatest loves, and faces his most challenging situations, all with lots of exciting web-slinging action, as he grows to become Spiderman. From New York, swing to Gotham City’s “dark knight” as he battles crime with a little help from some of his DC Comics cohorts like the Blue Beetle, Green Arrow and Aquaman in Batman: The Brave and the Bold at 10 AM.

Get a whopping, back-to-back serving of Cartoon Network’s most well-loved heroes through lunch, starting with awesome new aliens and more pulse-pounding adventures with 15-year old Ben Tennyson at 10:30 AM with Ben 10: Alien Force. Then step into the shoes of the unstoppable team of Robin, Starfire, Cyborg, Beast Boy and Raven in Teen Titans at 11 AM. Top off the morning with Hyper Blossom, Rolling Bubbles and Powered Buttercup collectively known as the Powerpuff Girls Z at 11:30 AM as they transform into ultra super-powered heroines rid Tokyo of evil threats ad sinister danger.

The hero adventure stretches through the weekend with the all new animated series, The League of Super Evil (a.k.a. L.O.S.E.) at 8:30 AM. Every hero needs villains to defeat and Cartoon Network has the funniest bunch of bad guys around! Follow the exploits of the “not-so” Great Voltar, gadget guy Doktor Frogg, Reginald “Red” Menace and the ultimate bad doggy Doomageddon, Weekends at 8:30 am. Armed with a whole new approach to badness, step into the adventures of four super villains who have set their sights on nothing less than total neighborhood domination!

In Wolverine and the X-Men, a mysterious explosion devastated Professor Xavier’s school and the mutant heroes found themselves leaderless and without direction and the X-Men disbanded and Wolverine struck out on his own. One year later, the once fiercely independent Wolverine must reunite 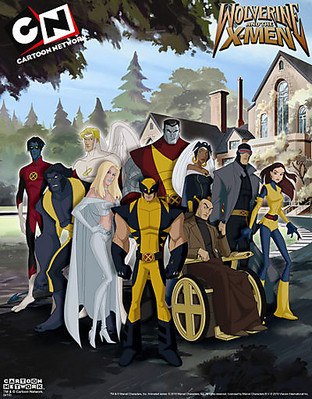 the X-Men to prevent a horrible vision of the future. A future where the X-Men gave up on Xavier’s mission and the world fell into chaos!
Watch the making of an epic comic book hero in Iron Man Armored Adventures! The series takes viewers into the life of a young Tony Spark who juggles his time cramming for exams, testing his latest inventions, thrill-seeking, and…saving the world. See how Tony reconciles his normal teenage life with the staggering responsibility that comes with his revolutionary invention: hi-tech flight armor, through which the world knows him as Iron Man.

Finally, when the greatest and coolest heroes on the planet unite to face the world’s greatest villains, everyone gets a treat out of the biggest, most family-friendly Super Hero team-up in TV history. It’s no small job protecting Super Hero City from the wild, weird and even wacky villainy of VillainVille’s infamous baddies… but the Super Hero Squad is always up for the job. Tune in to the brave heroes, Captain America, The Hulk and Thor, as they deliver action – but with plenty of humor on the side.

So join in and Hero Up this summer on Cartoon Network—the new HQ for the coolest heroes and super adventures!