The show is now in production, under the direction of Jorge Dorado.

The Mediapro Studio, HBO Asia and Hulu Japan are shooting the first series by Àlex Pastor and David Pastor in Spain, more specifically in Tenerife. Directed by Jorge Dorado (“El Embarcadero”, “Mindscape”) for 12 weeks, this survival thriller is set in one of the remotest places on the planet – Antarctica. The shooting is taking place in the Canary Islands and Iceland. 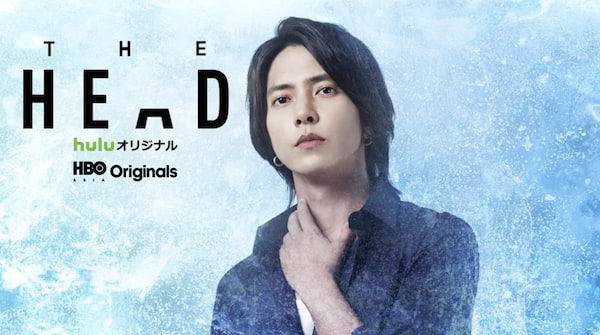 The Pastor brothers and Jorge Dorado have worked with Ran Tellem (“Homeland”), Head of International Content Development of THE MEDIAPRO STUDIO, in the creation of this thriller.

The project, one of THE MEDIAPRO STUDIO’s major investments, took its first steps in 2017 at the prestigious International Series Mania Forum, held in Paris. The Head was presented at a pitching session and aroused great interest among representatives from the media and entertainment sector.

Álvaro Morte (The Professor and mastermind behind the ambitious robbery in “Money Heist”, and a character that has earned him widespread international success; “The Pier”, “El secreto de Puente Viejo”, “To Love is Forever”), Tomohisa Yamashita (“Code Blue”), Laura Bach (”Sprinter Galore”, “Rita”), Mònica López (“Hierro”, “In the city”, “The uninvited guest”, “Acusados”), Alexandre Willaume (“Below the Surface”, ”Deep State”, “Tomb Raider”), Katharine O’Donnelly (“Mary, Queen of Scots”), John Lynch (“The Terror”) and Amelia Hoy (“Below the Surface”, “Killing Eve”) are part of the international cast of the series.

According to Javier Méndez, Chief Content Officer of THE MEDIAPRO STUDIO, “The Head is an example of the direction we’re headed in, with ambitious and complex international projects based on great stories. The Head is a major step in the Studio's strategy to guarantee that the best stories reach our clients around the world; to do so, we have excellent partner like Hulu Japan".

Laura Fernández Espeso, Corporate Director and Co-Head of TV of THE MEDIAPRO STUDIO, commented: “The Head is the fruit of many months’ labor to meet deadlines when demand for content is huge. Having talent like Jorge Dorado and Àlex and David Pastor working from the beginning to build and shape this project, altogether with a great international cast and a prominent partner such as Hulu Japan, gives an idea of the magnitude of the project. It is a privilege for THE MEDIAPRO STUDIO to bring this amazing series to the audiovisual market".

The dark, long months in Antarctica, the cold, the wind and the large stretches of ice, along with the feelings of loneliness and claustrophobia, are the distinguishing features of this six-episode series.

The plot of “The Head”, with dialogues in English and Danish, is set in the Polaris VI international base, in Antarctica. A small group of scientists from several countries will be in charge of the base during the long polar nights. But in the middle of winter, the base stops communicating with the outside world.

“After a process lasting two and half years, we at THE MEDIAPRO STUDIO are proud to bring this unique story to the screen”, explained Tellem. “’The Head’” is about Good and Evil. Our story begins when a group of people find themselves completely disconnected from the world, in the frozen darkness of the South Pole winter. For the unknown killer among them, this is the perfect setting. For everybody else, telling good from evil just might be the thing that saves your life.”

He adds, “The moment Hulu Japan joined us, we felt it is more than just a regular collaboration. The opportunity to include a Japanese character in this international thriller was a challenge we embraced from the first moment. Having Tomohisa as part of our cast is a great addition to THE HEAD. Together with his acting abilities and charm, he brings a fresh approach, a new world rarely seen on European shows. We feel it will be a great impact for both the Japanese viewers of the series, as it will be to audiences in Europe and other regions of the world. We are excited and eager to meet Tomo on the set and get busy. We are also delighted that HBO Asia has come on board, so THE HEAD will get a wider distribution across Asia.”

“Following the success of MISS SHERLOCK, the first HBO Asia Original co-production with HULU Japan, we look forward to bringing yet another production in collaboration with HULU Japan,” said Jonathan Spink, CEO, HBO Asia. “We look forward to adding the survival thriller, THE HEAD, to our slate of HBO Asia Originals and bringing it to audiences across Asia when it premieres.”

“In ‘The Head’, I made some contribution to the development, which is quite unusual,” director Jorge Dorado explains, “because directors normally join in at a much later stage. And this is very interesting, because this way, the story in a way becomes yours too.” The director also emphasizes the work of THE MEDIAPRO STUDIO: “At the moment, no one else in Spain is doing projects of this magnitude and with such international ambition.

Àlex and David, who have worked on the screenplays of “The Head”, along with Isaac Sastre, define the production as a “claustrophobic thriller with a central mystery.” “The series plays with two different times, because the idea is to find out who the murderer is, the reasons why they have done this, and if there is something else behind or beyond what seem to be a series of crimes,” they suggest.

The Pastor brothers have a brilliant track record in filmmaking with titles like “Carriers” and “The Last Days”, both written and directed by them, and “SELF/LESS”, written by them, directed by Tarsem Singh (“The Cell”) and starring Ben Kingsley and Ryan Reynolds. They made their debut in the TV world with the series “Incorporated”, for the US channel Sy Fy, produced by Pearl Street Films, which is Matt Damon’s and Ben Affleck’s company. The Pastor brothers were in charge of the screenplay and the direction of the pilot episode. Recently, they have directed the film “Hogar” for Netflix.