The award-winning titles include two wins for Boardwalk Empire and one each for Temple Grandin, You Don’t Know Jack and True Blood.

HBO won five awards at the 17th Annual Screen Actors Guild Awards®, the most of any television network this year. The award-winning titles include two wins for Boardwalk Empire and one each for Temple Grandin, You Don’t Know Jack and True Blood.

With their wins at the Screen Actors Guild Awards®, Claire Danes and Al Pacino both scored a hat trick as they each also won an Emmy® and Golden Globe® award for their performances in Temple Grandin and You Don’t Know Jack respectively. In addition to his Screen Actors Guild Award®, Steve Buscemi recently won a Golden Globe® for his stunning performance as Enoch “Nucky” Thompson in the HBO Original hit series, Boardwalk Empire.

Boardwalk empire airs every Thursday at 9pm on HBO / HBO HD. From Terence Winter (Emmy®-winning writer/ executive producer on HBO’s The Sopranos) and Martin Scorsese (Oscar®-winning director of The Departed), Boardwalk Empire chronicles the life and times of Enoch “Nucky” Thompson (Steve Buscemi), Atlantic City’s undisputed czar at a time when Prohibition proved to be a major catalyst in the rise of organized crime in America. Equal parts politician and gangster, Nucky and his lieutenants – including an ambitious young WWI veteran named Jimmy Darmody (Michael Pitt) – ruled during a time when illegal alcohol opened up highly lucrative opportunities for bootleggers and distributers. Because of its proximity to the ocean, Atlantic City was a major hub of activity for rumrunners, including Arnold Rothstein, Lucky Luciano and Al Capone – and Nucky did business with them all. 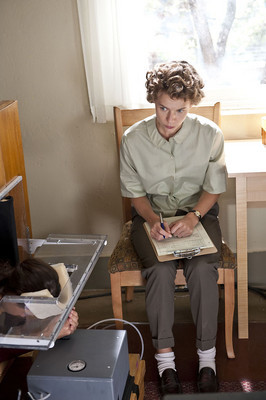 * TEMPLE GRANDIN, one win for: Outstanding Performance by a Female Actor in a Television Movie or Miniseries (Claire Danes).

Catch TEMPLE GRANDIN premiering on HBO in 2011. Based on the writings by its title subject, HBO Films’ Temple Grandin is an engaging portrait of an autistic young woman who became, through timely mentoring and sheer force of will, one of America’s most remarkable success stories. With a tour de force performance by Claire Danes in the title role, the film chronicles Grandin’s early beginnings as a child diagnosed with autism; her turbulent growth and development during her school years; and the enduring support she received from her mother, her aunt and her science teacher. Against all odds, Temple eventually transitioned into a highly-functional, esteemed inventor in the cattle industry, which she revolutionized with her scientific research and designs. This visually inventive film offers stunning insights into Grandin’s world, taking the audience inside her mind with a series of snapshot images that trace her self-perceptions and journey from childhood through young adulthood to the beginning of her career, and beyond. 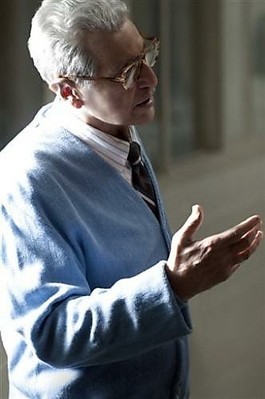 *YOU DON’T KNOW JACK, one win for: Outstanding Performance by a Male Actor in a Television Movie or Miniseries (Al Pacino).

Catch YOU DON’T KNOW JACK premiering on HBO in 2011. In 1990, a slight but determined Michigan doctor named Jack Kevorkian performed his first assisted suicide, using a homemade machine called a “Mercitron” to allow an Alzheimer’s victim named Janet Adkins to self-administer a lethal dose of potassium chloride. The event set off a national media frenzy, and triggered a decade-long war of wills between Kevorkian and county prosecutors, who were as committed to shutting down “Dr. Death” as Kevorkian was in continuing his practice. This feature-length drama follows Kevorkian (Al Pacino) and his allies – sister Margo (Brenda Vaccaro), friend and medical supplier Neal Nicol (John Goodman), Hemlock Society activist Janet Good (Susan Sarandon), and defense attorney Geoffrey Fieger (Danny Huston) – as they dedicate themselves to a cause fraught with legal and ethical hurdles, not to mention the real possibility of long-term imprisonment. You Don’t Know Jack is the true story of one man’s obsession with changing the rules by which we live and die – and his stubborn, tragic insistence on breaking the law to do so. 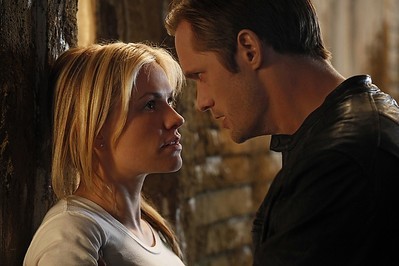 *TRUE BLOOD, one win for: Outstanding Performance by a Stunt Ensemble in a Television Series.

TRUE BLOOD season three airs every Wednesday at 10pm starting February 9 on MAX. Mixing romance, suspense, mystery and humor, the successful cult series TRUE BLOOD takes place in the not-too-distant future, when vampires have come out of the coffin, thanks to the invention of mass-produced synthetic blood, and they no longer need humans as a nutritional source. The show follows the romance between waitress Sookie Stackhouse (Anna Paquin), who can hear people’s thoughts, and her boyfriend, 173-year-old vampire Bill Compton (Stephen Moyer). Alan Ball (creator of the Emmy®-winning HBO series Six Feet Under) created and executive produces the show, which is based on the bestselling Sookie Stackhouse novels by Charlaine Harris.